No such thing as a free yoghurt. Yoghurtland’s grand opening today is currently at a 40 minute wait. I recommend Madagascar vanilla with chocolate milkshake(?) just grab the lever in the middle and go half and half! #canberra #food #foodies #foodblog #froyo #yoghurtland #belconnen #yoghurt

Let me make this short and simple.

I was very happy to be on dry land again and was starving by the time we got back from Fitzroy Island. We weren’t disappointed that Hanuman was booked out for a function as we anticipated to eat back at my friend’s house to avoid a 3 hour outing in our very casual clothes and bathers.

Vegan dishes, a bit of Thai, a bit of Indian and who know’s what Nonya is but we might have eaten that too. EVERYTHING WAS DELICIOUS! Easily one of my favourite restaurants in Cairns.

**No photos, I was too busy om nom noming

Yes I have! I didn’t post any photos, a kabab half devoured wrapped in foil doesn’t have much of a photo appeal. I was told that there would be stacks of meat but I guess that is all relative to the person because I could have eaten more. Very filling, very busy and I felt that my whole ordering process was a bit rushed. Will have to go back again to try another meat.

Just dined at Mocan and Green Grout. If I didn’t share any of the plates I think I would be more satisfied. #canberra #food #foodies #foodblog #sharingplates #vegetarian

Same people, must be just supplying to other cafes. I had a cupcake from the Sweet Bones store previously too, I didn’t like it. Maybe they are getting better? Or I just got lucky with the flavour this time.

On a lovely sunny day which reminded us that Spring was on its way, I grabbed my friend visiting from interstate and headed to the Red Brick Espresso that was recommended to me for good coffee. I was happy to find it open because I didn’t check their opening hours (even though Urbanspoon said that they don’t open Sundays?) but apparently everyone else thought it was a good idea too because there was not a single available seat.

After looking a bit lost while holding a menu and looking around for any potential vacating patrons, a friendly face said that she could set up some milk crates near a table so we could sit. Thank goodness a table left before we ordered because I don’t care how trendy it is to have milk crate seating, it ain’t comfortable.

A small cute cafe makes it hard to get a seat.

Sweet bones raspberry and chocolate vegan cupcake ($5.00). Moist and delicious although I couldn’t taste much of the raspberry. I was amazed it cost so much but it sure was tasty.

Large flat white and a hot chocolate ($4.00 each), My friend said that the coffee was really good, which I was glad because we were on a coffee hunt mission.

The hot chocolate wasn’t particularly sweet and I had to add sugar but I did like the pretty foam art.

Moroccan style baked eggs with Persian feta, fresh herbs and toasted sourdough ($13.90). Looks like something you would find at a trendy cafe in Melbourne. I loved the bread as it was perfectly toasted and wouldn’t break your teeth. The roasted peppers which were almost caramelised, gave a sweetness which was balanced out by the salty feta. A great breakfast by far that I have had in Canberra in a long time.

A very child and dog friendly as everyone had at least one of the two in the surrounding tables. Great to see local shops have a good cafe with great coffee that you don’t have to go to Fyshwick or Braddon for.

Finally, a great place to brunch in the Woden area, definitely worth a visit! 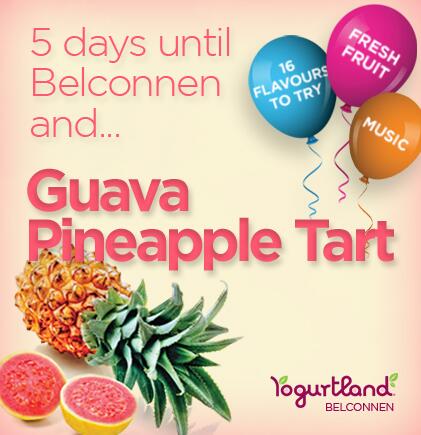 Someone sent me this photo today (Thanks Dan!) which made me squeal at work. I always enjoy the chance of a possible awesome restaurant opening in Canberra and who doesn’t enjoy a Roti Canai?!

There are a lot Thai restaurants in Canberra, so when we went to Baitong restaurant in Weston Creek, I wasn’t looking to eat Thai (although they had a lot of Thai noodle and curry lunch specials), I was here for Lao cuisine specific.

Green tea ($2.00 per person). They added a pandan leaf inside which gave the tea a little extra something, but the more tea you had with the spicy food, the chilli flavour really came out.

I switched back to water.

Sticky rice ($3.50 per serve). They come in the cutest little individual bamboo steamers.

Now I could just live on this stuff for the rest of my (what would be very short) life. When you eat hot chicken wings with sticky rice you definitely have to use a ‘hands on’ approach.

Som Tum Lao– spicy papaya salad with fermented fish ($12.50). Not too crazy hot although I have to admit I just ate a strand. I’ve never see pickled crab before but this is Lao style baby!

Hor Mok chicken (Lao style) steamed chicken with curry paste, coconut milk and thai basil ($16.50). The chicken was so tender and juicy. When you take a bite, all the flavours come through, kaffir lime, lemon grass and curry paste. It was much more delicious than it looks.

Hor Mok bamboo (Lao style) steamed bamboo with fresh herbs, chilli, coconut milk ($16.50). I could smell the bamboo instantly. When you took a bite, there was a strong taste of bamboo followed by an even stronger taste of chilli. Unlike the chicken I couldn’t taste any of the herbs which was disappointing.

The best authentic Lao food you will get in a restaurant in Canberra. There is a lot of preparation that comes with Lao cuisine so it is much easier to enjoy all the tasty food without all the hassle. People might not find this gem that is tucked around the corner in Weston but this well presented restaurant is definitely worth a visit.

Next time I’ll try the Thai side of the menu.

I took Timmy C out to Cooleman court last weekend hoping to catch Kusina’s popular breakfast menu that everyone keeps talking about but instead we were punished for sleeping in and they had already switched over to their lunch menu. My eyes darted around for plan B. It was probably too early for gelato.

Sakeena’s cakes were pretty good and all I wanted was something simple so it was naturally our second choice as they were still serving breakfast. I was surprised to see their prices were rather cheap, although it is probably to accommodate for the older demographic and families in the area.

After we ordered and sat down,I was pleasantly surprised to find our order came within 10 minutes. Until I took a bite…

The ricotta pancakes with blueberries seemed dry, droopy yet under cooked all at the same time. I was trying to compensate the bland taste with the little maple syrup that they gave me (which I had to ask for another portion of). The eggs benedict with ham was swimming in, what I assumed was hollandaise from a jar. Once you scraped away all the excess sauce, it wasn’t too bad until when I took my last bite and I realised I was munching on gritty egg shells. I should have stopped two bites earlier.

A completely disappointing breakfast with unenthusiastic workers and gross breakfast, their only saving grace was their price and speed if you don’t mind sub par food. Luckily their coconut syrup cake is tasty.

p.s. Their coffee was also terrible, I don’t drink coffee but when I had a sip it tasted like an ash tray.

I wouldn’t come here again for brunch (or any other meal?). If you can’t get into Kusina’s, I would suggest Cafe au lait upstairs, even though I haven’t eaten there, the food smells nicer, it’s less noisy up there and has the same cheap prices.

I rang a restaurant and said “I would like a chicken in 48 hours”. It sounds a bit crazy and the conversation wasn’t word for word but that is basically what I said when I rang Malaysian Chapter in Belconnen.

I had been here before (I didn’t get around to posting about it) but was disappointed to see that most things I wanted to try were from the ‘requires 48 hours notice’ menu, so I was determined to come back next time and give them a heads up.

I was a bit confused when I read the online menu, I didn’t realise that a ‘minimum of 5 pax charges’ meant a 5 person minimum, coincidentally I was going with four other foodie friends so that wasn’t a problem. I ordered the Hainan chicken from the ‘by special request’ menu which is charged per person and was told if we were still hungry on the day we could order more.

Even though we still didn’t know if we were would be full or not from the chicken we still ordered more accompanying dishes. Of course we did *shakes her head slowly*

Curry puff ($4.50 3pcs). A Malaysian pastry snack filled with vegetables. Not your average pastry, it was a bit thicker like short crust but still very tasty.

So fluffy and delicious.

Malaysian milk tea (cold)- this was sooo tasty, the best milk tea I’ve had in Canberra, a bit on the sweet side if you’re not used to it.

Char Kway Teow (Combination $19.50) stir-fried flat rice Noodles, bean sprouts, eggs, fish cakes and Chinese chives. Less salty than I’m used to but everything was stir fried well where the noodles and meat were soft but the bean sprouts and shallots were still crunchy.

Malaysian Curry (lamb – $17.50) – Lamb meat is cooked in a Malaysian curry paste blench and coconut milk. This picture is deceptive, it was a rather small bowl of curry but you just needed a little bit because it packed a kick and had lots of flavour. I thought the meat pieces were very small.

And at last, what we all came for.

Hainan Chicken Rice ($19.80 per person). Slow poached Chicken served with rice cooked in highly flavourful chicken broth, accompanied by soup and dipping sauce. The chicken pieces were juicy and tender, I really loved the dipping sauces which made it that extra bit tastier. The chicken broth just tasted like a saltier version of the soup base of a won ton soup and was slightly addictive. There were a lot of chicken pieces there and even though we all each individually received a portion of rice, broth and dipping sauces, I was grateful that we had ordered other dishes as well.

I definitely don’t think this would have filled me if we had just ordered this on its own.

I really thought it was sweet that they specifically asked if there was anything wrong with the Hainan Chicken when we couldn’t finish the whole dish  (it was seriously only like one and a half pieces left, but we were so full). That shows that they have a great deal of pride in their food and I really like that.

Attentive service, great food and easy parking, what more could you ask for. Now I just need four friends to go with me to try their KL Chili Crab… Who’s free?

Oooh yes, I did see that restaurant and I cranked my neck so far to catch the name while I drove past. It is on my ‘to eat list’, thanks for the heads up!

I’ve heard of the cronut but this is just crazy!