Taking international guests around for a very disorganized dinner is never easy especially on a Friday night but when they mentioned they wanted dumplings with lots of variety, I knew exactly where to take them.

CBD dumpling house has been open for three weeks now, but I haven’t rushed out and try it as their menu is almost exactly the same as their sister restaurant Dickson dumpling house (see my ‘must have’ list here). 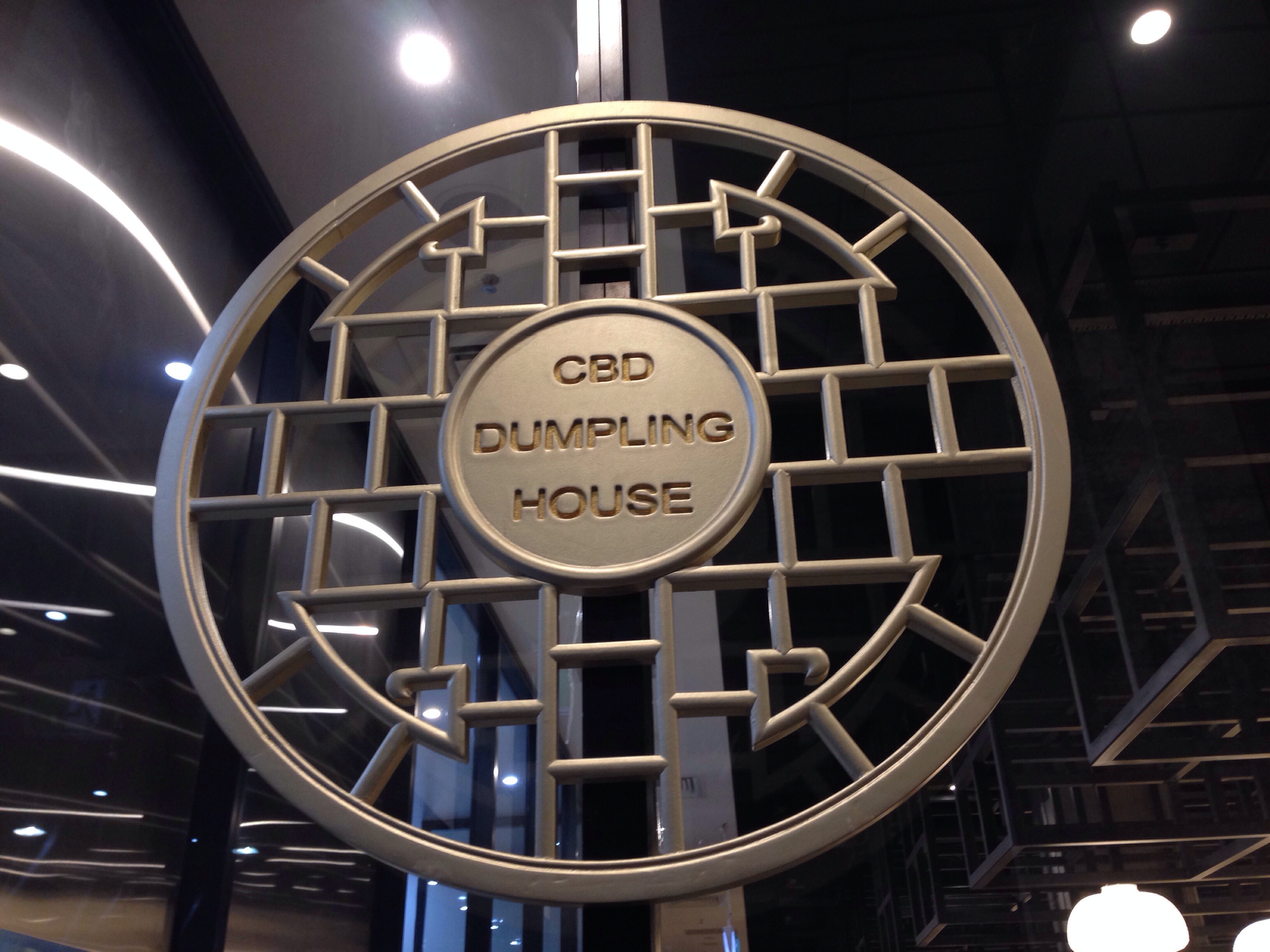 When we went in around 9pm on a Friday night, it didn’t take long to get a table for 6 without a booking. Inside was bustling with patrons, busy kitchen hands and servers whizzing by with orders. 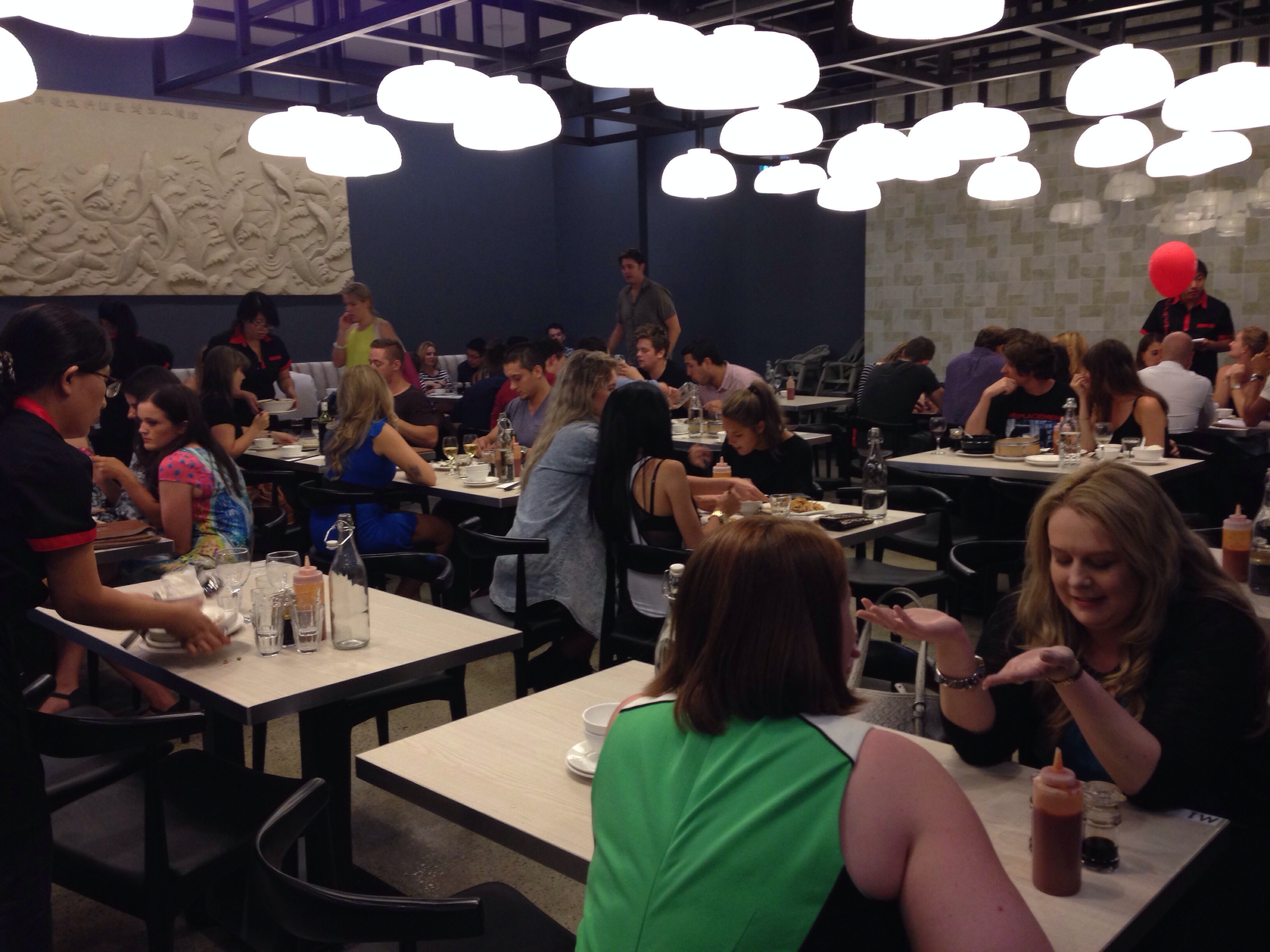 Without taking any chances, I ordered majority of things from my ‘must have’ list with only two new dishes that I haven’t tried before. The dishes come out exceptionally fast which we as why I was hesitant to order until all 6 of us had arrived. Food quickly filled our table and before I could put my camera down, plates were shuffled around to accommodate the next dish. It was very squishy and we had to conglomerate plates fast to allow reasonable space for our plate, bowl and glass.

San choy bao (4 per serve $13.80). The duck san choy bao was very good coming out promptly in fresh lettuce cups and the filling wasn’t oily either. I love the crunch in these! 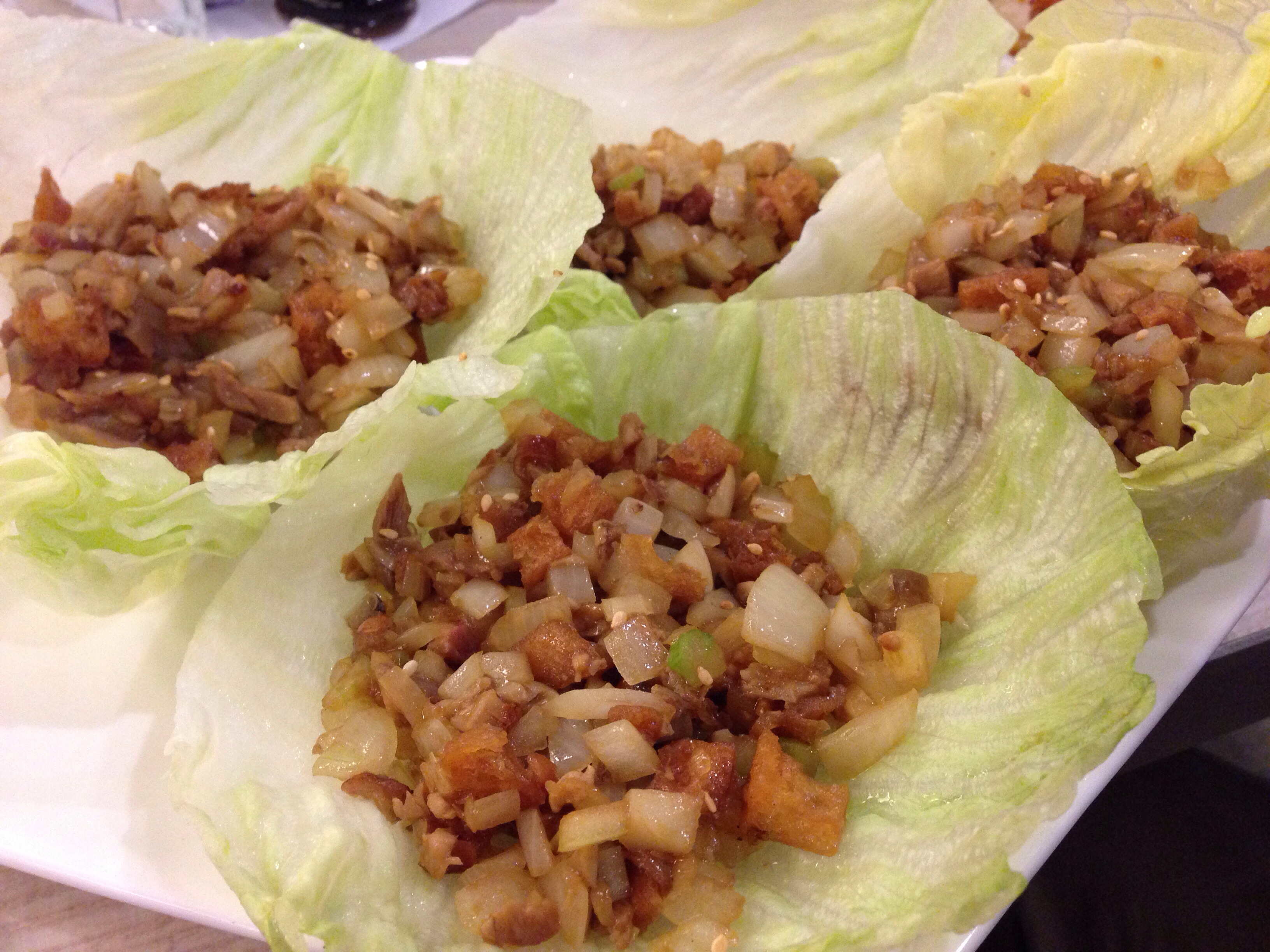 Pan fried dumplings pork and beef (12 pieces $10.80). In my opinion, dumplings are always better pan-fried (unless it’s a xiao long bao). There wasn’t too much taste difference between the pork and the beef, they were pan-fried crispy although some where borderline burnt. Make sure you grab the right sauce as one is Chinese vinegar and the other soy sauce (very different!). They are bite size pieces which was always my only ever gripe about these dumplings. 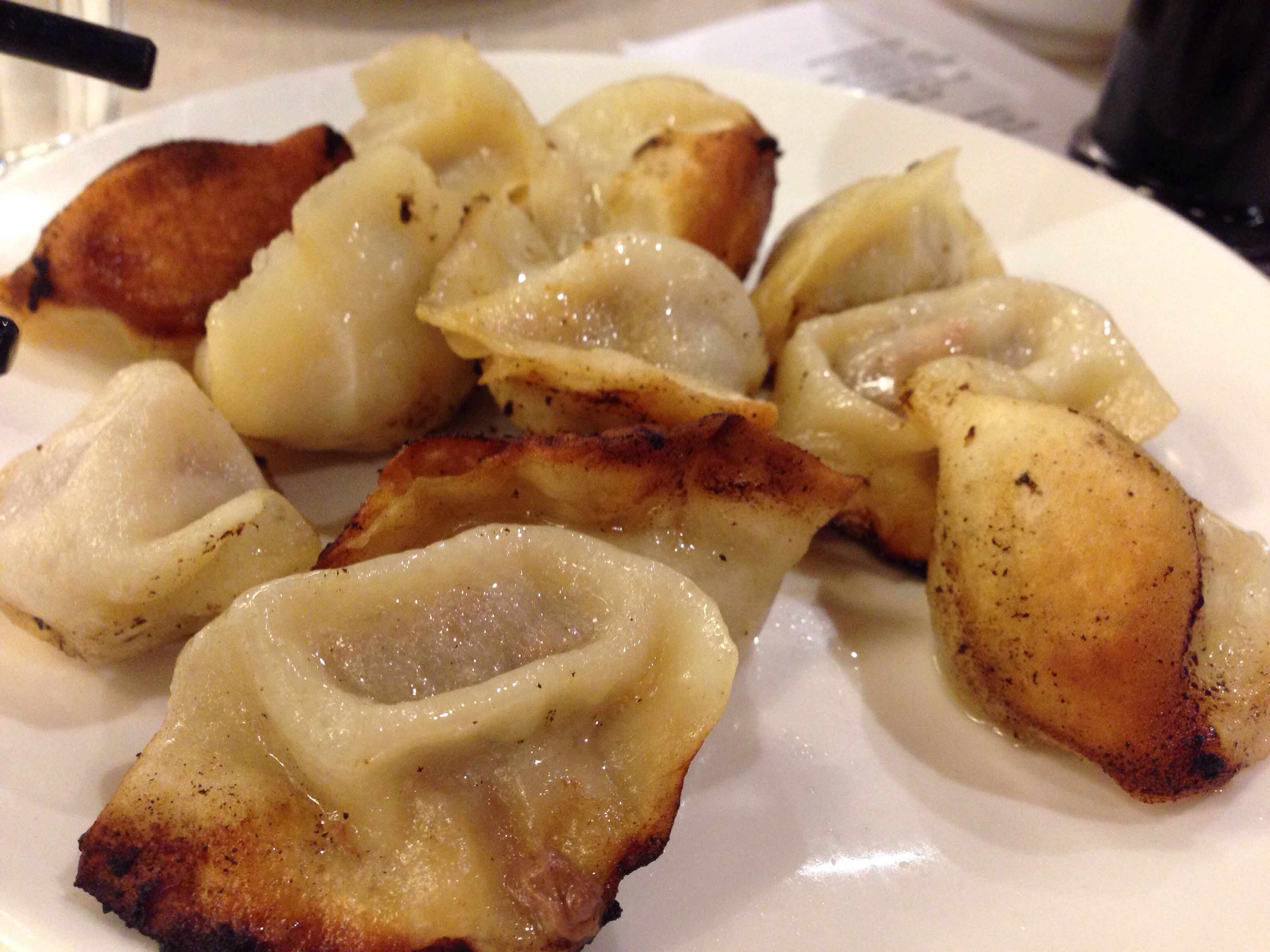 Yu Xiang eggplant with pork mince hot pot ($13.80). Eggplant was oily which was expected and it was retained its heat long after the bubbles subsided. There wasn’t much flavour in the way of pork mince and chilli and I thought it was a bit sub par in comparison to the recent eggplant hot pots I’ve had at the Emperor Court Chinese Restaurant in Yarralumla and Tak Kee in Dickson .

Chilli basil prawns ($19.80). The prawns had poor timing as it was the first dishes to come out. By the time we did the food table shuffle each and every time a new dish arrived then eat the san choy bao, this dish was cold.

It was a little chilli but nothing overwhelming and even though it didn’t lack flavour, overall it wasn’t a great dish and definitely not worth the money. 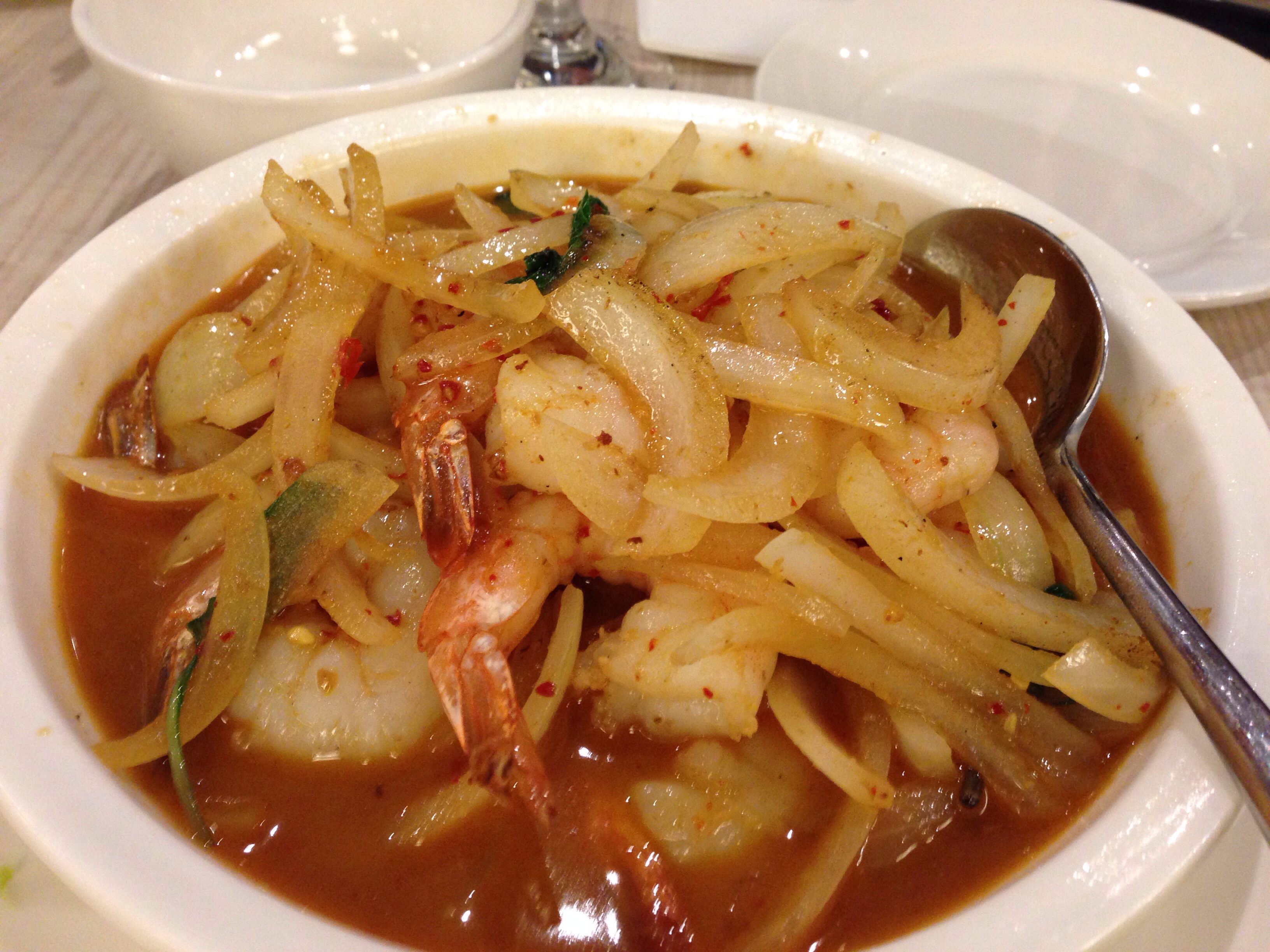 Char kwai teow ($13.80). They weren’t too stingy with the Chinese sausage and all ingredients were cooked perfectly.

Beef fried rice noodle ($13.80). I didn’t expect it to have any chilli in this dish it but it apparently did and I unknowing gave it to my friend who was only slowly introducing chilli into his diet. His lips tingled and became a bit numb but he said it wasn’t too bad. This was a bit oilier than the char kway teow but I thought both were very good.

George Costanza review. Knowing that the restaurant isn’t really inside the mall, I was curious to see the state of their bathrooms. The restaurant has their own bathrooms which were renovated rather nicely with beautiful basins. The only confronting thing was they didn’t have a sanitary bin but rather a bin with no flap cover.

The CBD dumpling house is nice quick place to get noodles and dumplings especially when you’re in a rush/very hungry and depending on what you order, the meal can be quite affordable. I didn’t have any trouble with getting attention from the wait staff to get more water/more bowls/placing my order but that may be because I’m loud and persistent, I know my friends went the previous night and they said the service was terrible.

I’m still working on expanding my ‘must have’ list but neither if the two new dishes (eggplant and prawns) I tried will be making a reappearance.

Address: Shop FG 13C Canberra Centre, just up from PappaRich on the outside away from Koko Black

I came here on last night and tried their ‘salt and pepper pork ribs’ which is a common dish but it was awfully salty and had a weird coating. I won’t be ordering that again.