After taking a walk around the Kingston square, TimmyC and I were desperate for a quick bite so we circled back to Little Brooklyn to browse their menu. They have a casual atmosphere with sports TV, an area for a live band and wide booths while the outdoor setting had huge umbrellas with built-in heaters covering all weather conditions.

I had heard that Little Brooklyn had a New York-inspired classics menu but when I looked at the menu, there was really only a hotdog, reuben and burger which was a bit disappointing. 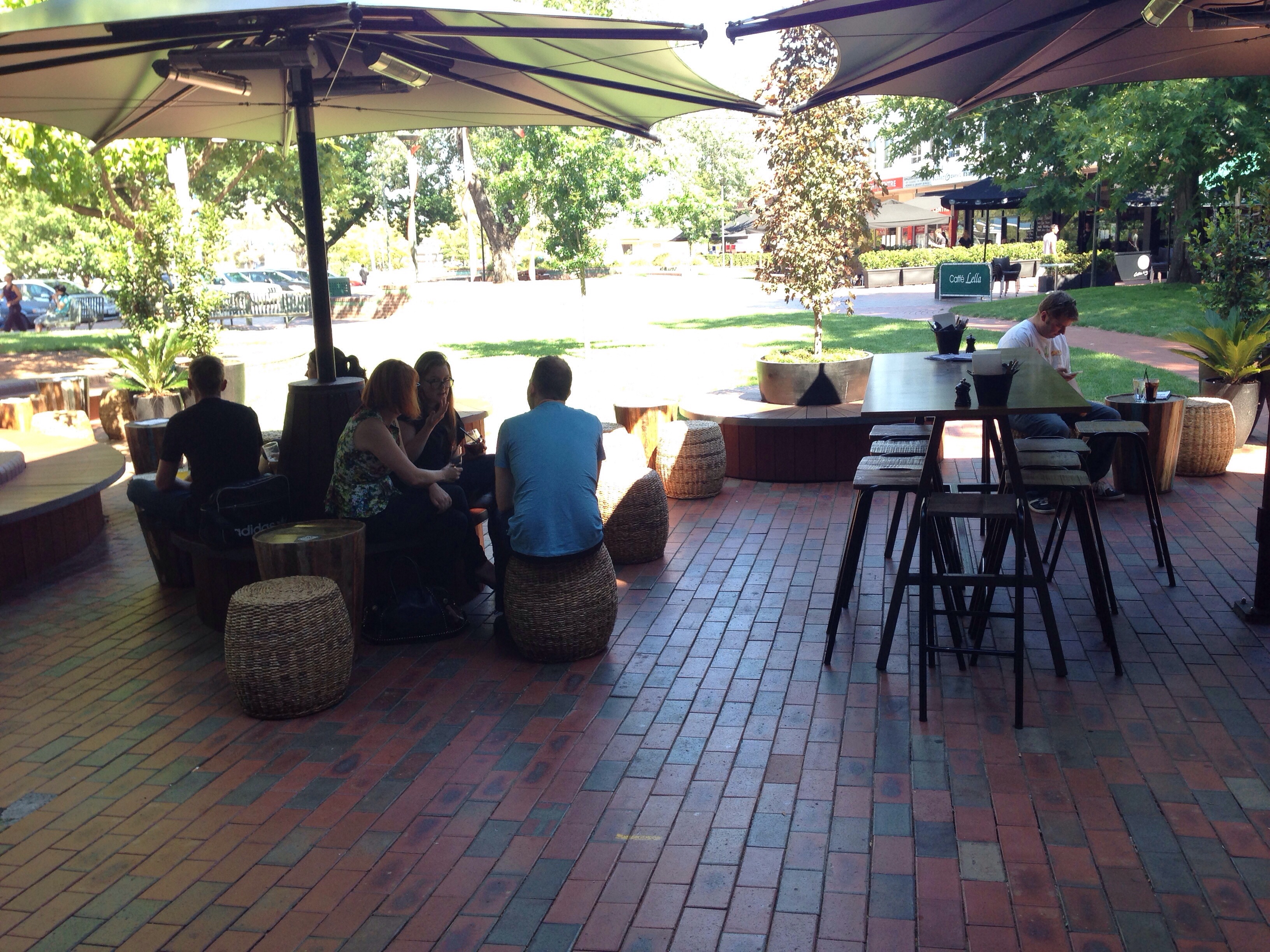 We settle down on a couple of barrels.

Croquettes barramundi and Kaffir lime with gramolata ($14.00). I found that the croquettes themselves didn’t have much of a flavour to them and without the salt and sauce it was very bland. The filling looked mostly like mashed potato and I couldn’t tell there was fish in there. For $14.00 I did expect more than just three croquettes though. 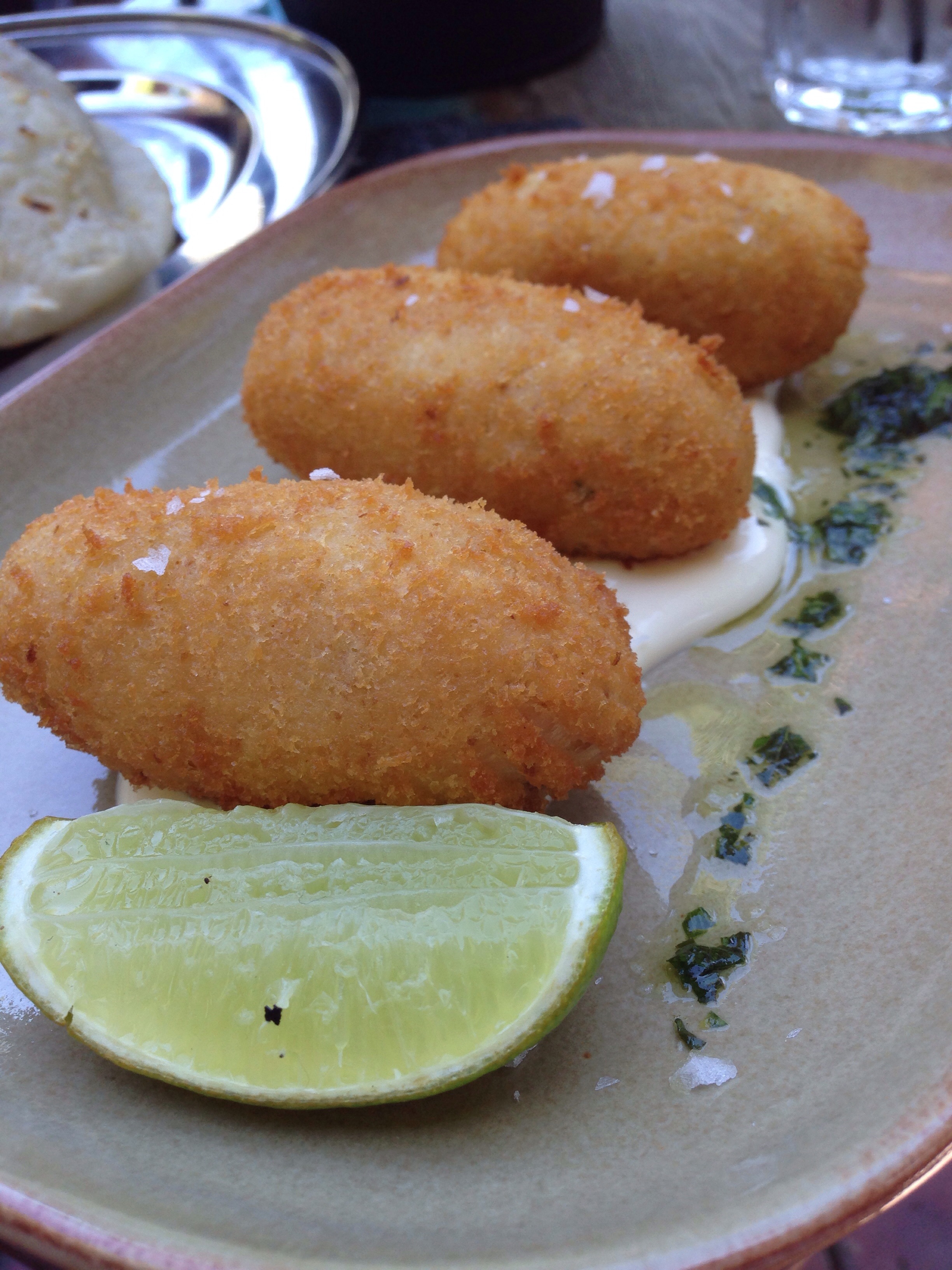 Despite being bland, they did have a crispy coating.

Pulled lamb pocket pulled lamb, crisp greens and pomegranate yoghurt, Served in a wood fired tortilla pocket and served with chips ($20.00). I could see this as a snack meal to tie you over before you have dinner in a few hours type of thing like we did, but not as a full meal that you paid $20 bucks for. The lamb itself was very tender and delicious, the sauce that was served with the chips tasted like it had a chip seasoning mixed through an aoli it which made it addictive and a happy addition to the pocket. 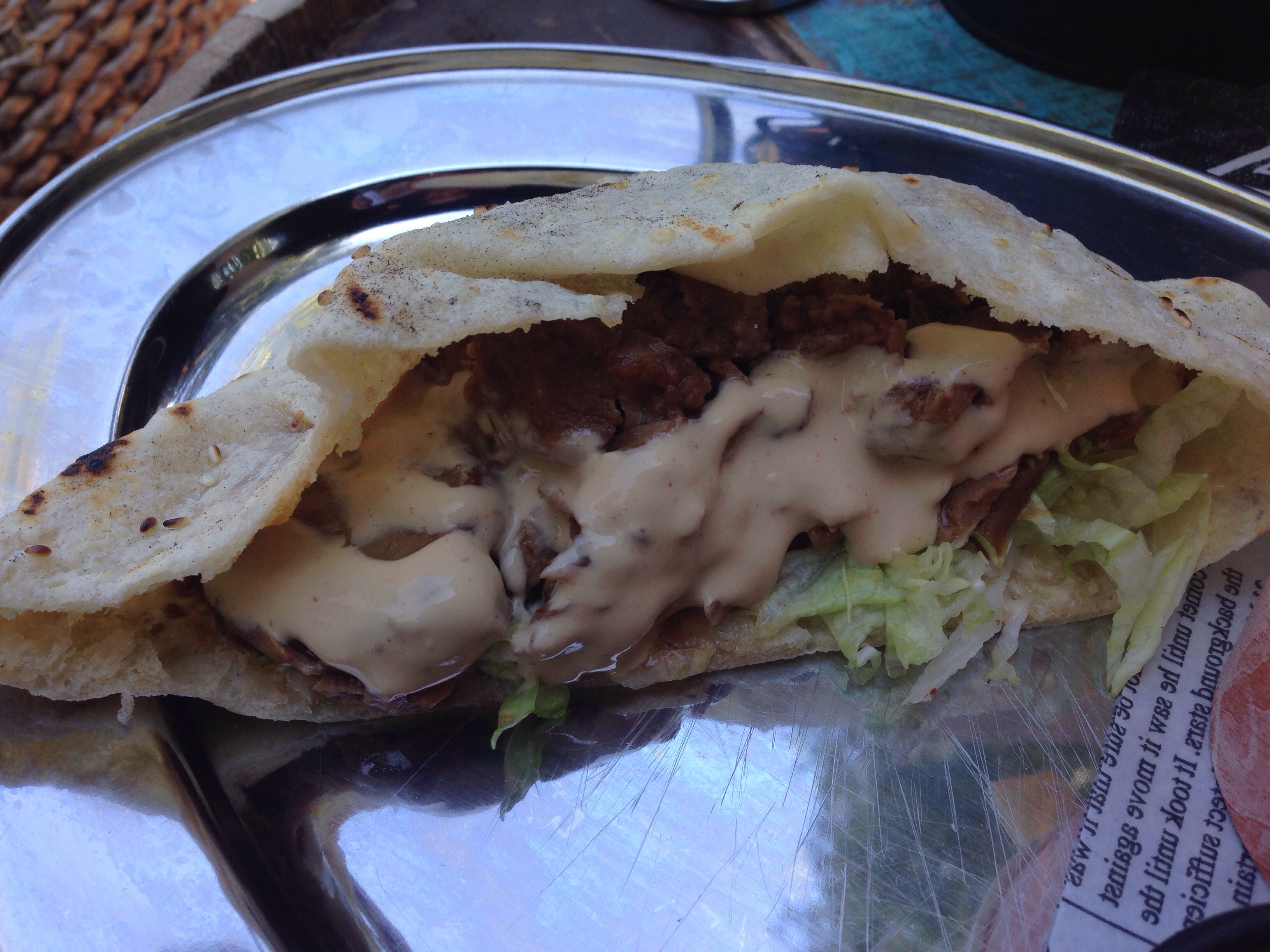 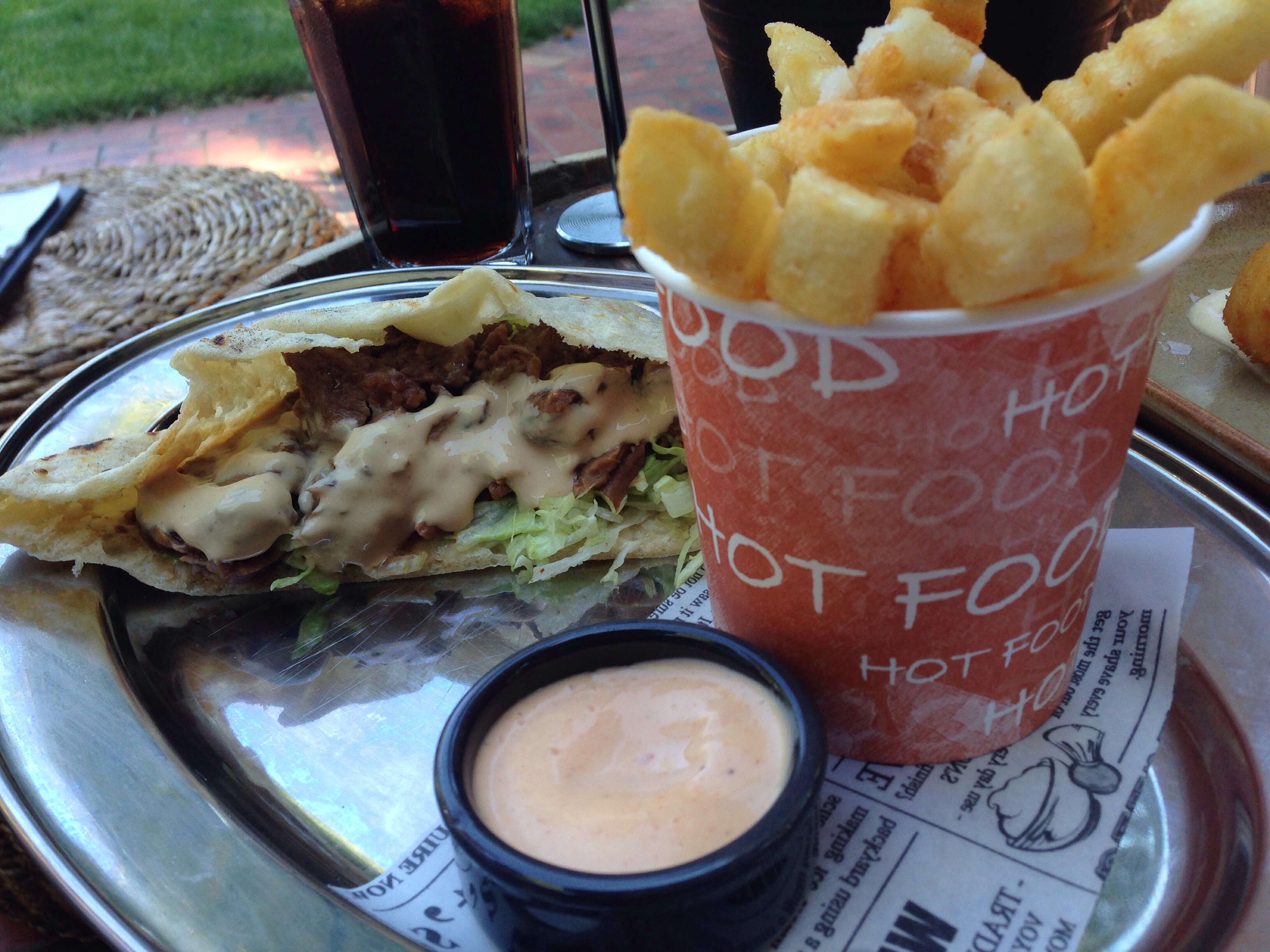 The food was ok, nothing too spectacular but was served to us by friendly staff. I just think that the food is overpriced for what it is, even for Kingston. Little Brooklyn does have a lovely location though making it a convenient place for friends to catch up over a drink and if you aren’t that hungry, even over some food.