It’s always hard to explain where I went for dessert and I answer with ‘that gelato place‘, it makes me sound obnoxious and vague but that is really what it’s called. Now with different opening hours during Winter, my friend and I were able to squeeze in before they closed after dinner at Ming’s.

They stock a large range of award-winning Pure Gelato gelato. I tasted a few flavours that I thought I would like but upon tasting them I didn’t like their interpretation. I ended up choosing white chocolate and hazelnut while my friend couldn’t help herself but get the waffles with tiramisu gelato.

See my previous post two years ago (wow, that was ages ago!) here.

Waffle with a scoop of tiramisu gelato and chocolate topping. The smell of freshly made waffle started to fill the store and seduced other patrons into getting one also. The waffle wasn’t cooked long enough and it was more like a pancake molded into a shape rather than a crispy waffle. 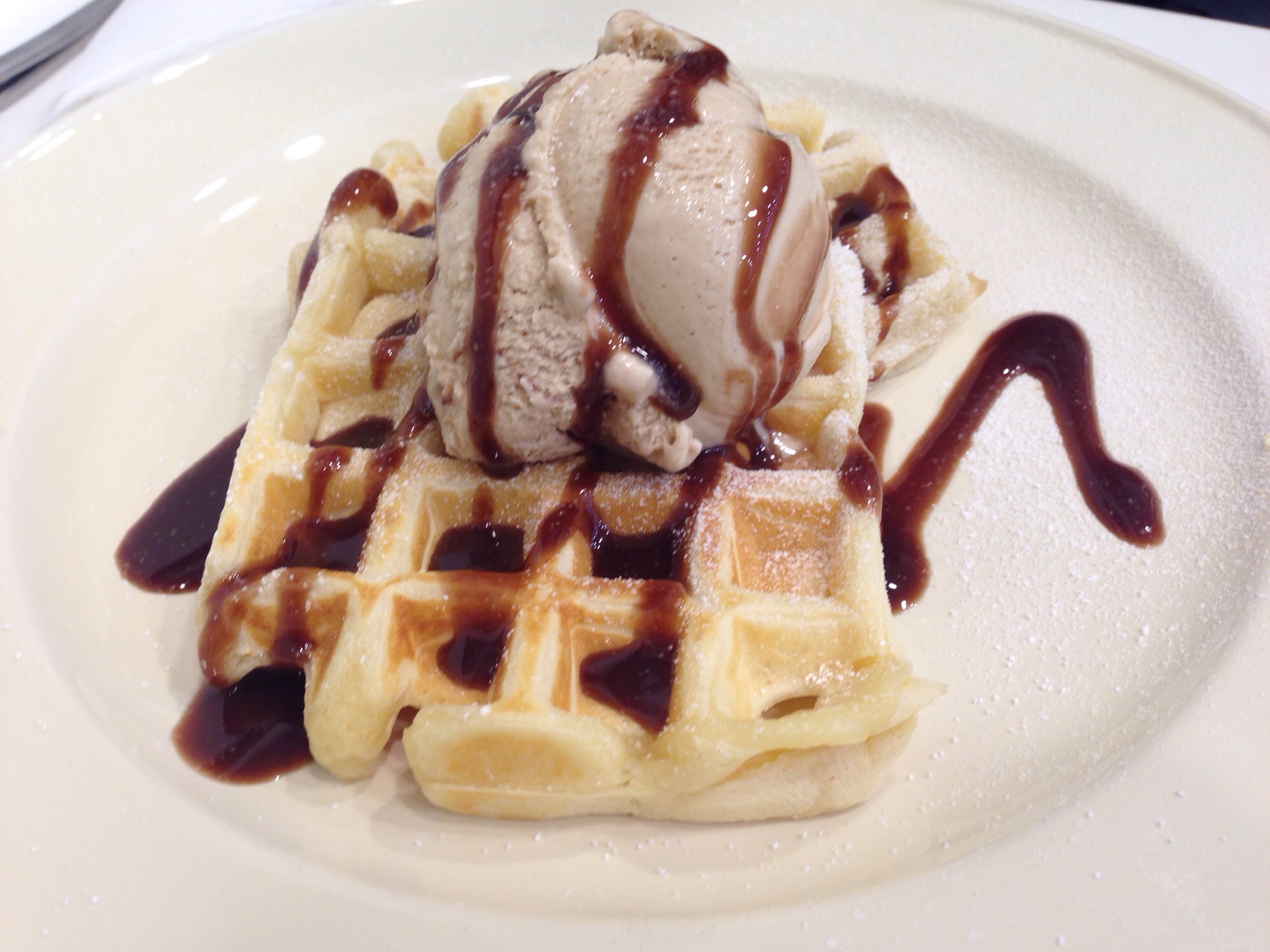 1 scoop of white chocolate and hazelnut gelato. I had tried several flavours and I started to feel bad for trying so many but there wasn’t one where I was like ‘wow I must have more’ so I just chose the one that I liked the most from my samples. 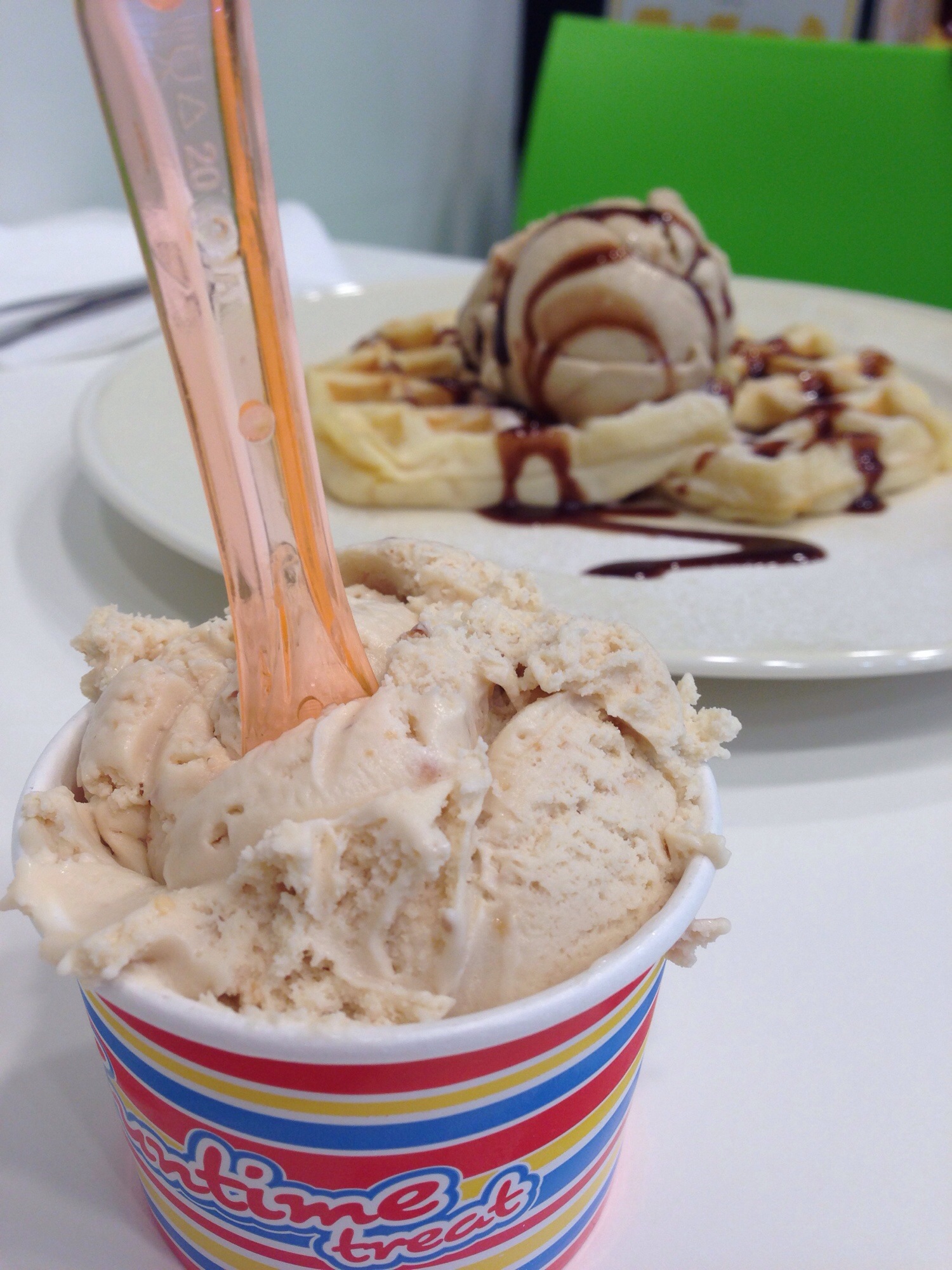 These are the new Winter hours. 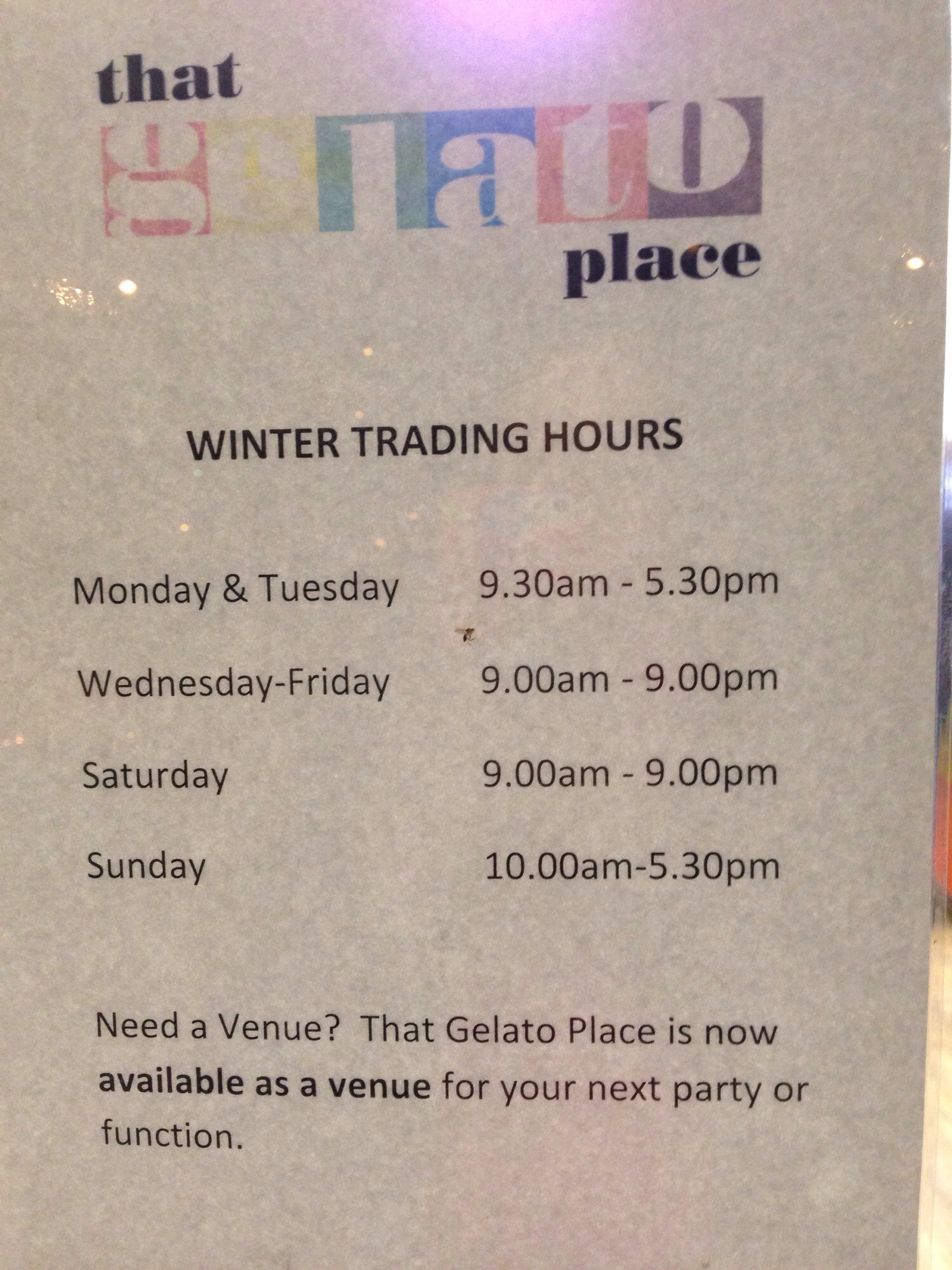 It’s nice to have something like this on the south side.