I was very keen to head out to Hall and make a return visit to Poachers Pantry not long after my two 101 local human experiences. Brunch is served from 10am – 11:30am and it was very easy to book a table on the website for 10:30am and it was noted that we would have to vacate our table at 11:45am in time for the lunch time service. Instantly I receive a text and an email confirming my booking, I couldn’t help but feel that Poachers Pantry had been burned before as they also then sent me another text which I had to confirm my table the day before but it gave me peace of mind that I had a table after I drove to the other side of town.

It was filling up fast inside for the brunch service. 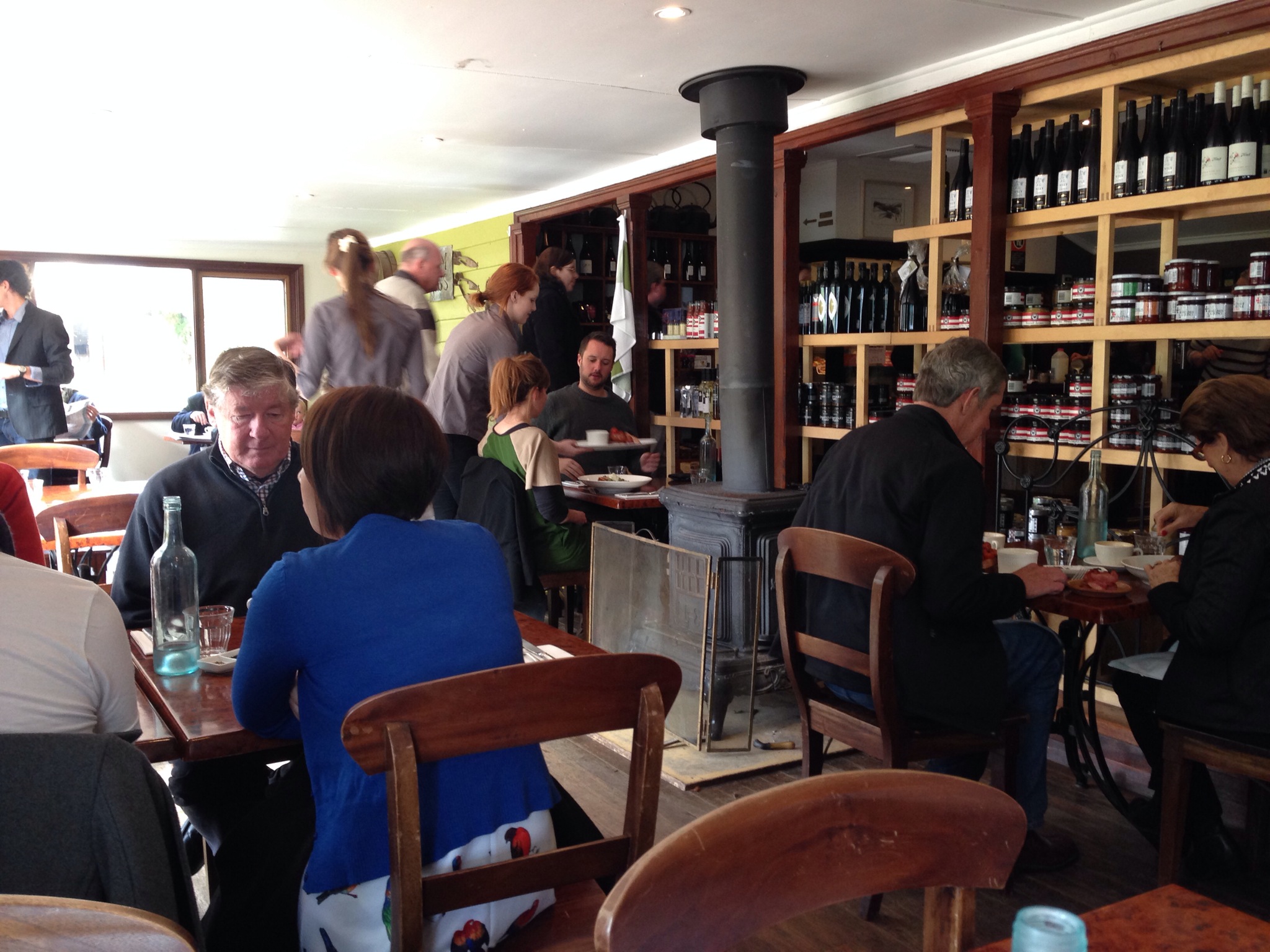 Parmesan and chive hash brown ($5.00). After being housebound for a few weeks, I might have been a wee bit over excited and ordered two breakfast choices as well as a side but this sounded really interesting. It wasn’t exactly what I expected, I don’t know what they made the hash brown out of but it looked very orange. I think it needed more salt despite supposedly having parmesan cheese in the mix. 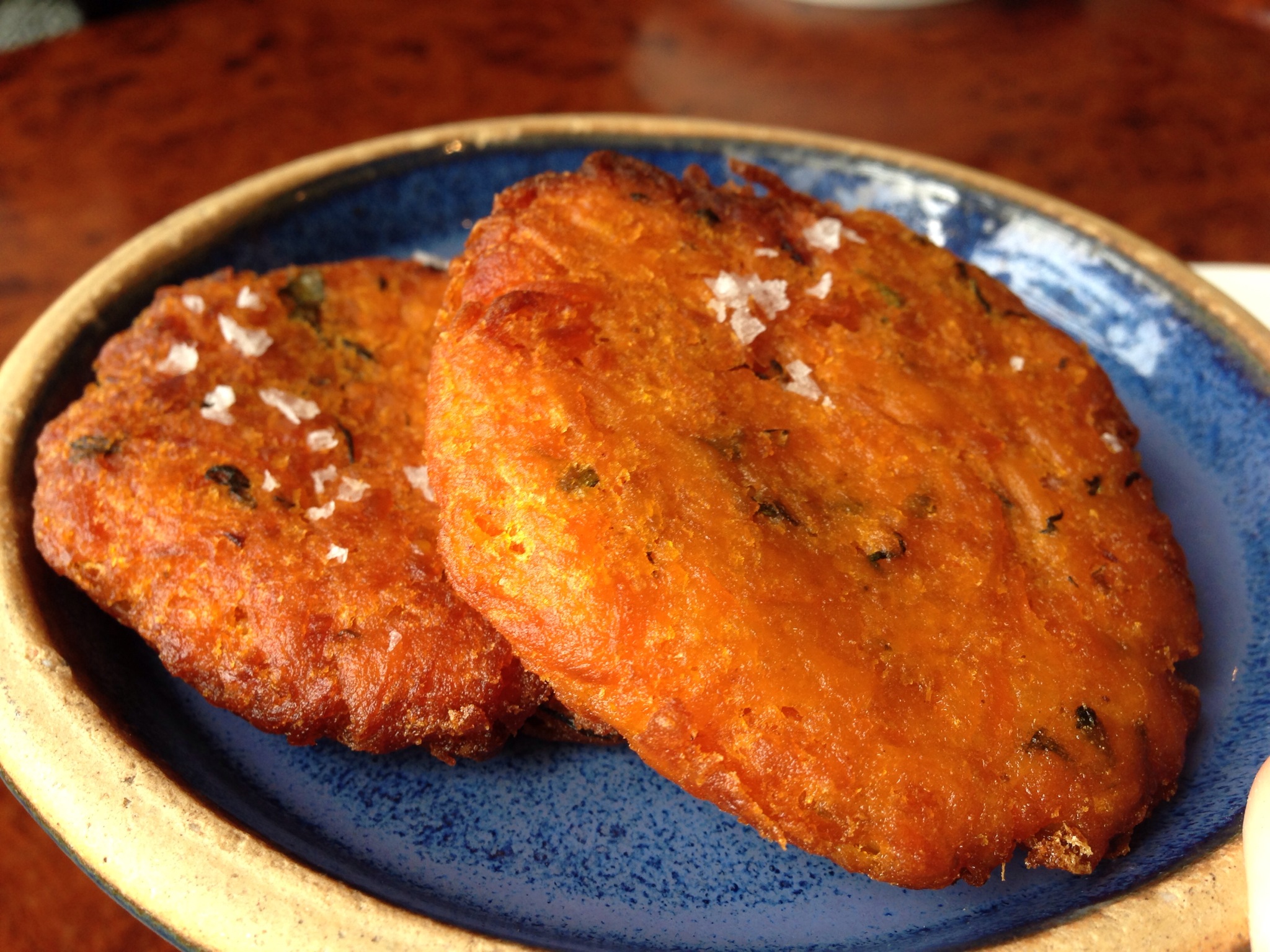 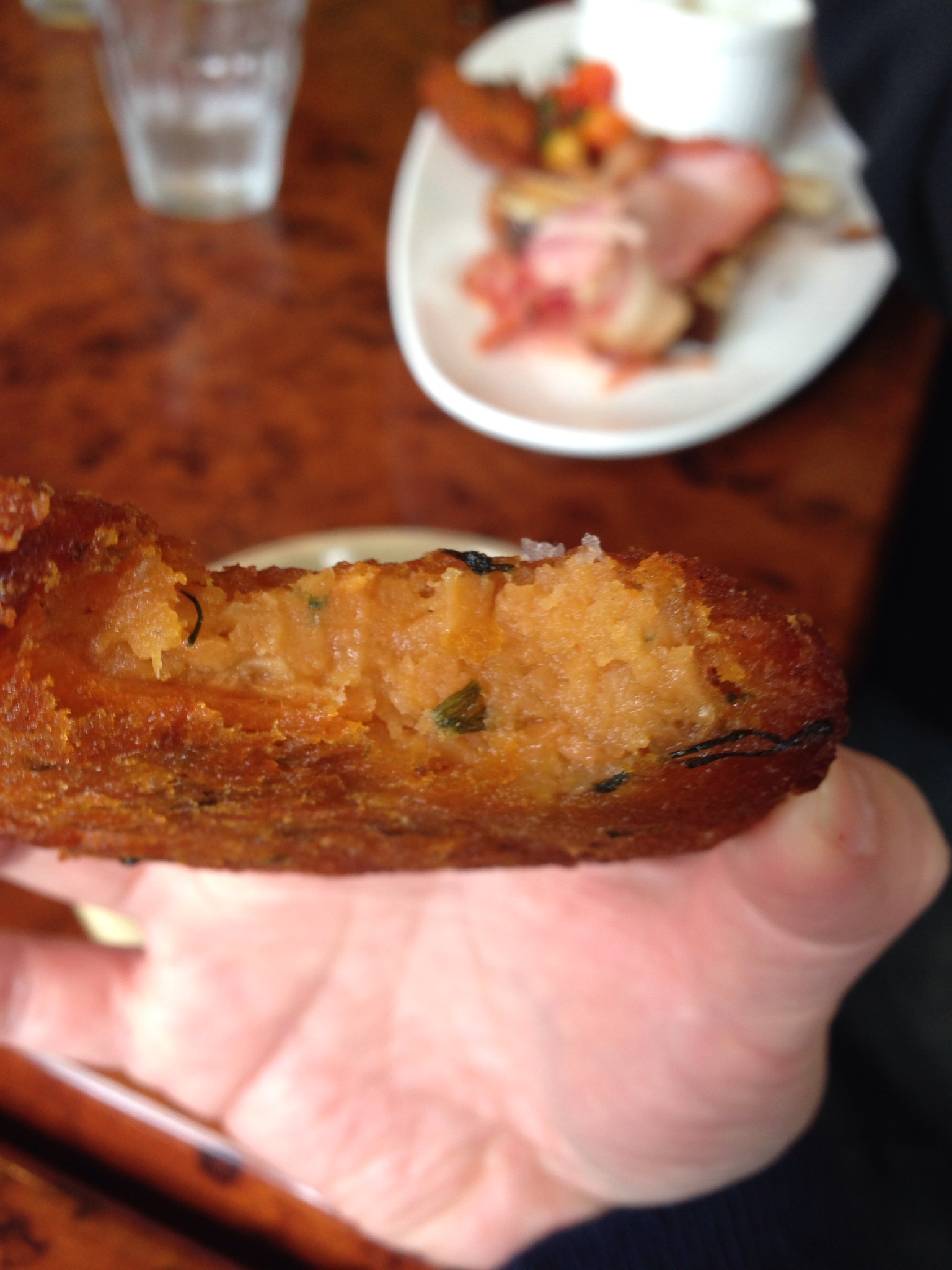 Baked farmhouse eggs served with bacon, roast vine tomatoes and potato roesti ($21.00). TimmyC didn’t really go out of his way to share his dish, but I guess I was busy with my two plates of food. He really enjoyed the eggs which had a herby creamy sauce that he could spread over the bread and went very well with everything else on the plate.

A close up of the baked eggs. 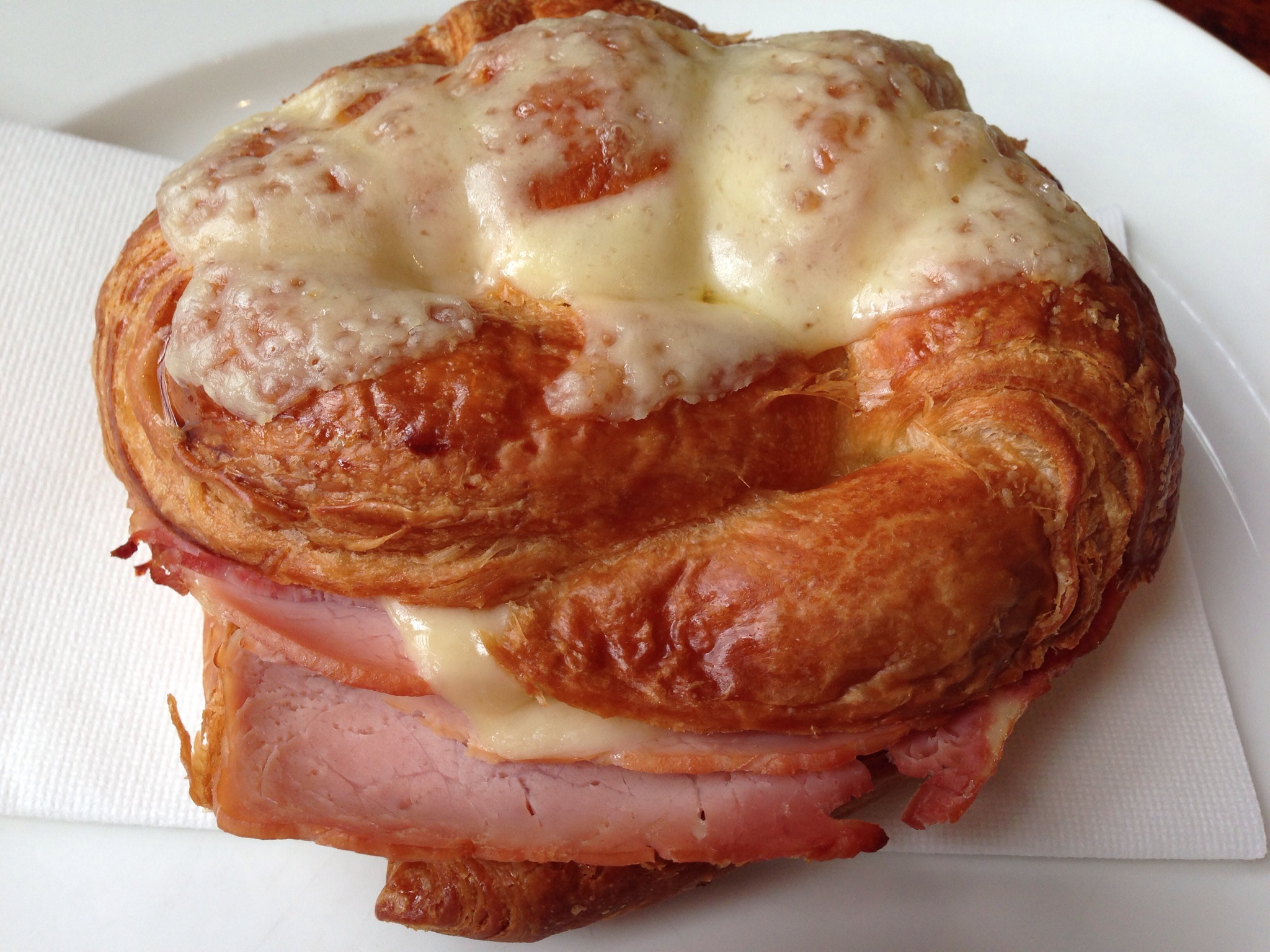 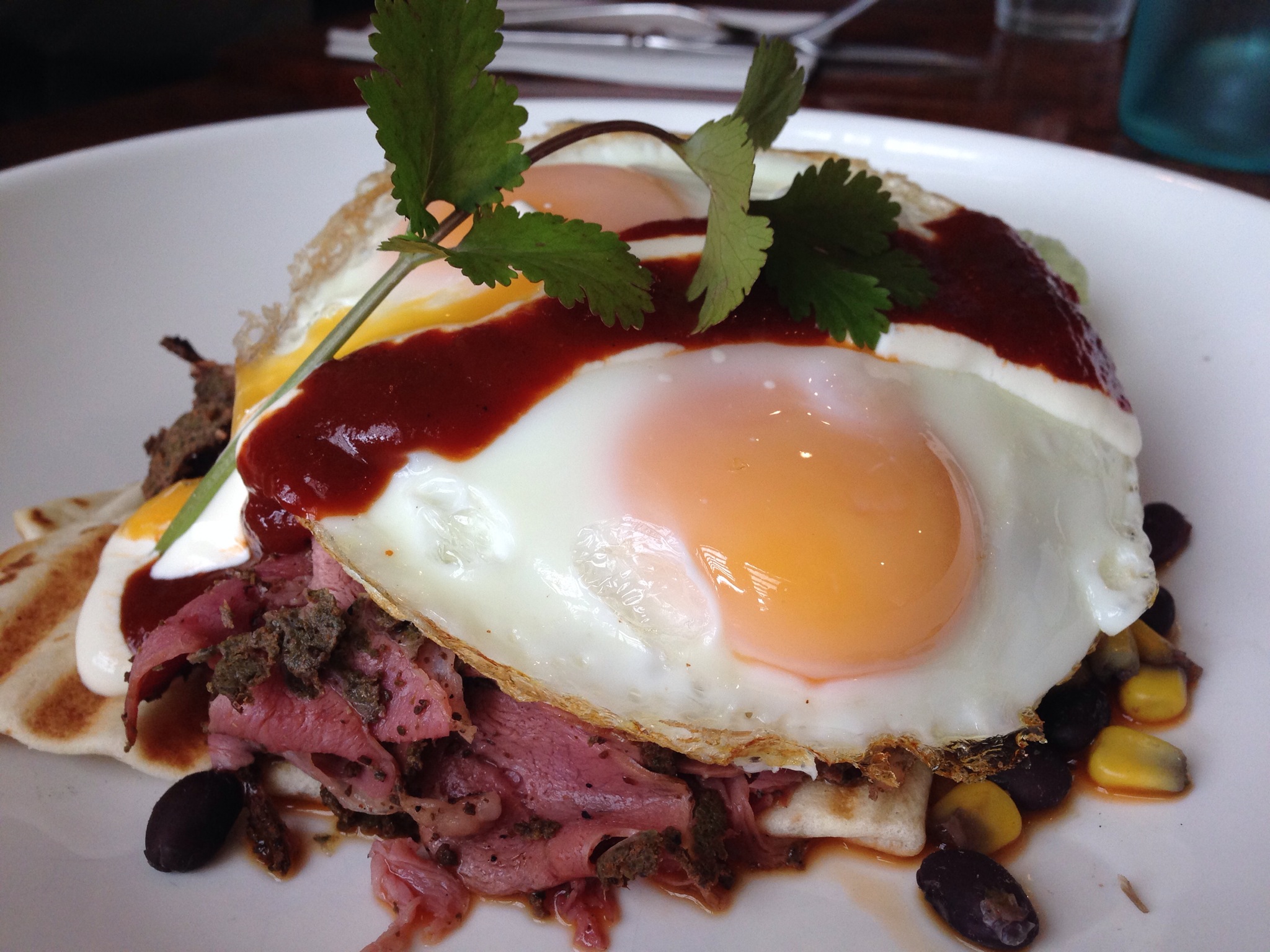 Pumpkin and ricotta hotcakes with maple bacon and cinnamon sugar ($21.00). I thought the pumpkin would be pureed and used to create a moist dense hotcake but there were actual chunks of pumpkin giving sweet pockets within every few bites. Not the most ‘normal’ sounding breakfast but the sweet and salty flavours went really well together despite the fact that it looked like someone went a bit crazy with the cinnamon sugar.

The filling was more liquid-y than I thought it would be, so it really just soaked into the doughnut rather than being a thick sweet paste. I think it would  have worked better if the doughnuts were slightly smaller and there was more filling. 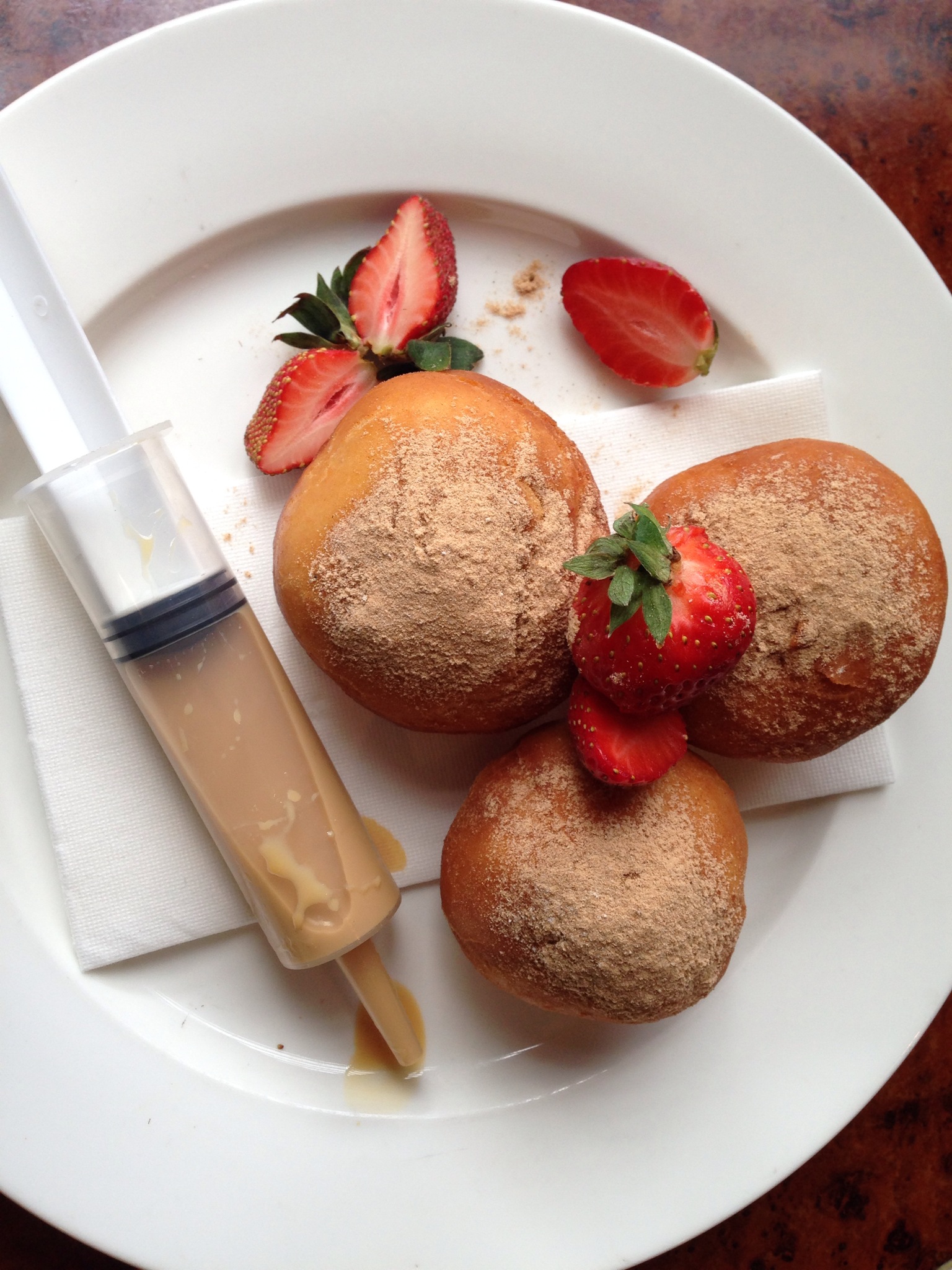 We weren’t rushed out after our meal even though my slow eating caused us to go a little over the time limit. People were very happy with their brunch choices and I left feeling overly full and greedy, maybe next time I’ll stick to just one menu item.

It doesn’t really feel that you’re in Canberra any more when you drive out to where the air feels cleaner but conveniently it isn’t that far away from the city as long as you don’t drive past the turn off.

4 thoughts on “Brunch at Poachers Pantry”