We started off the day with brunch and after browsing Instagram as part of my morning ritual, I knew that Ricardo’s was open that day so off we went!

When we arrived, it was very busy inside and out which was to be expected but we were able to grab a table outside for three people with no hassle. I must admit, we weren’t impressed with having to flag down the waitress and ask for menus after several minutes of being ignored at an empty table after being seated. After finally deciding what to order, we sat and waited again… Hmmm seems like you have to be more forward with your approach as a customer to get noticed around here. I get the waitress’ attention again saying that we were ready to order and she informs us that ‘you have to order and pay at the counter’, well it would have been informative if you had told us that when you eventually gave us menus I thought to myself.

The beverages arrive fairly fast and the food not long after, so obviously efficiency the problem isn’t with the kitchen.

Salted Caramel milkshake and Peppermint and Oreo thickshake. I must say that the new range of milkshakes looked much better when Ricardo’s took a photo for their Instagram account but the taste clearly made up for that. My friend fell in love with his so much, he was going to order a second one but he instead ordered some macarons. I was fearful that mine was going to be really sweet and OTT like some of the cakes that they have in their cabinet, but it was perfect. ABSOLUTELY DELICIOUS! 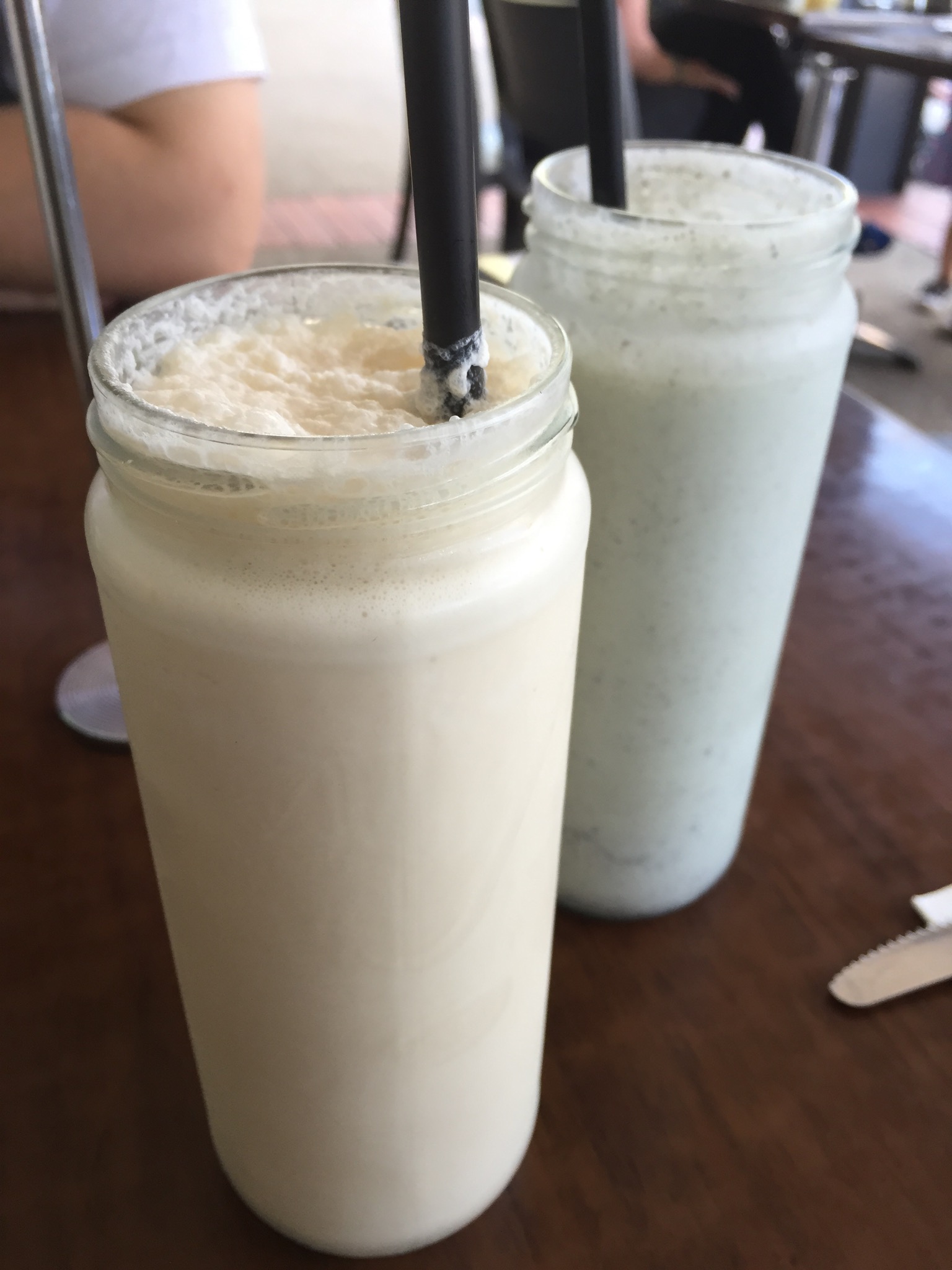 The other milkshake flavours that are available, try not to get too distracted with what’s underneath the sign. 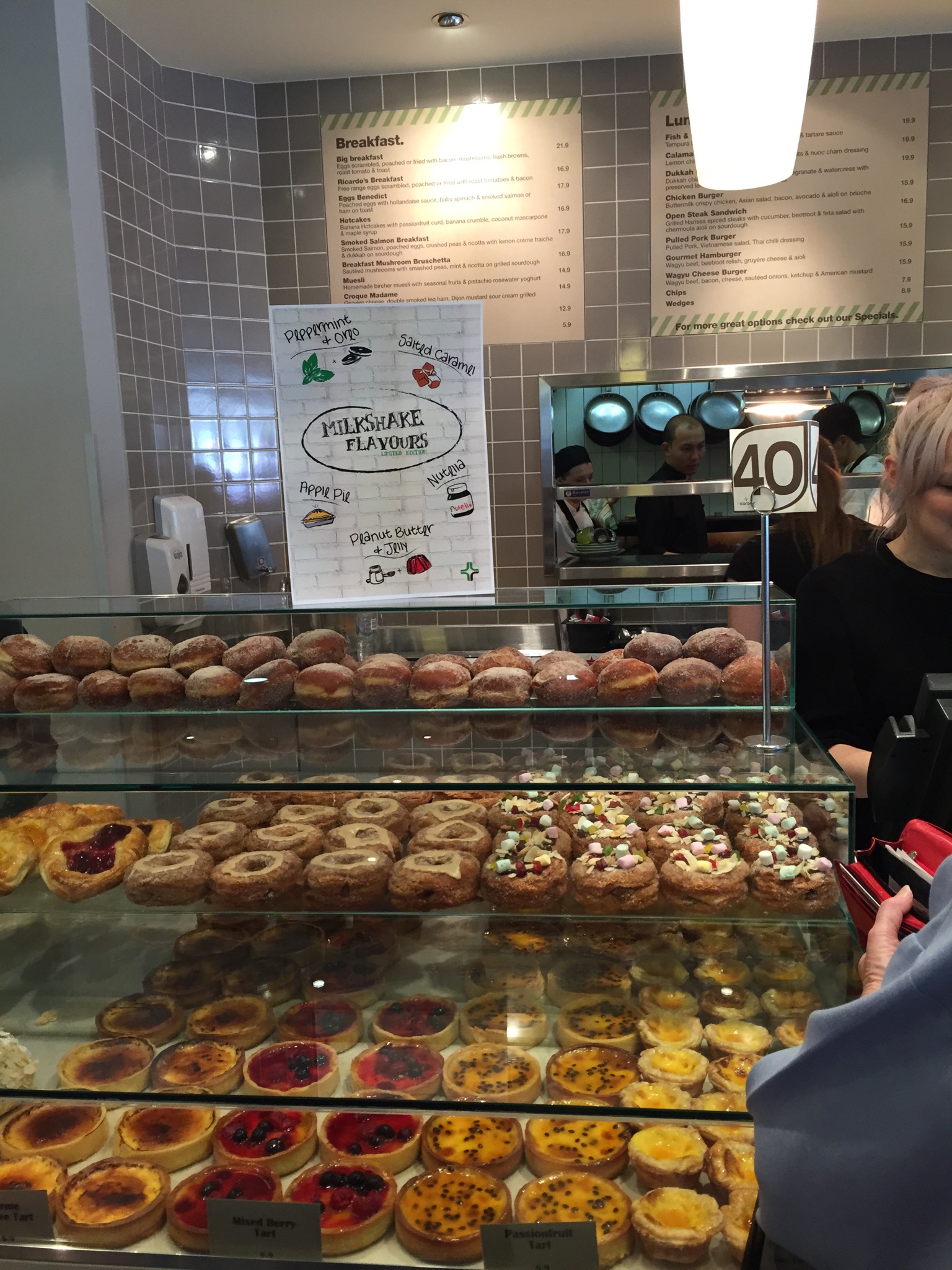 Breakfast mushroom bruschetta sauteed mushrooms with smashed peas, mint and ricotta on grilled sourdough ($16.90). My friend really enjoyed his breakfast, he loved the medley of mushrooms that was used and he thought the smashed peas really made this dish. 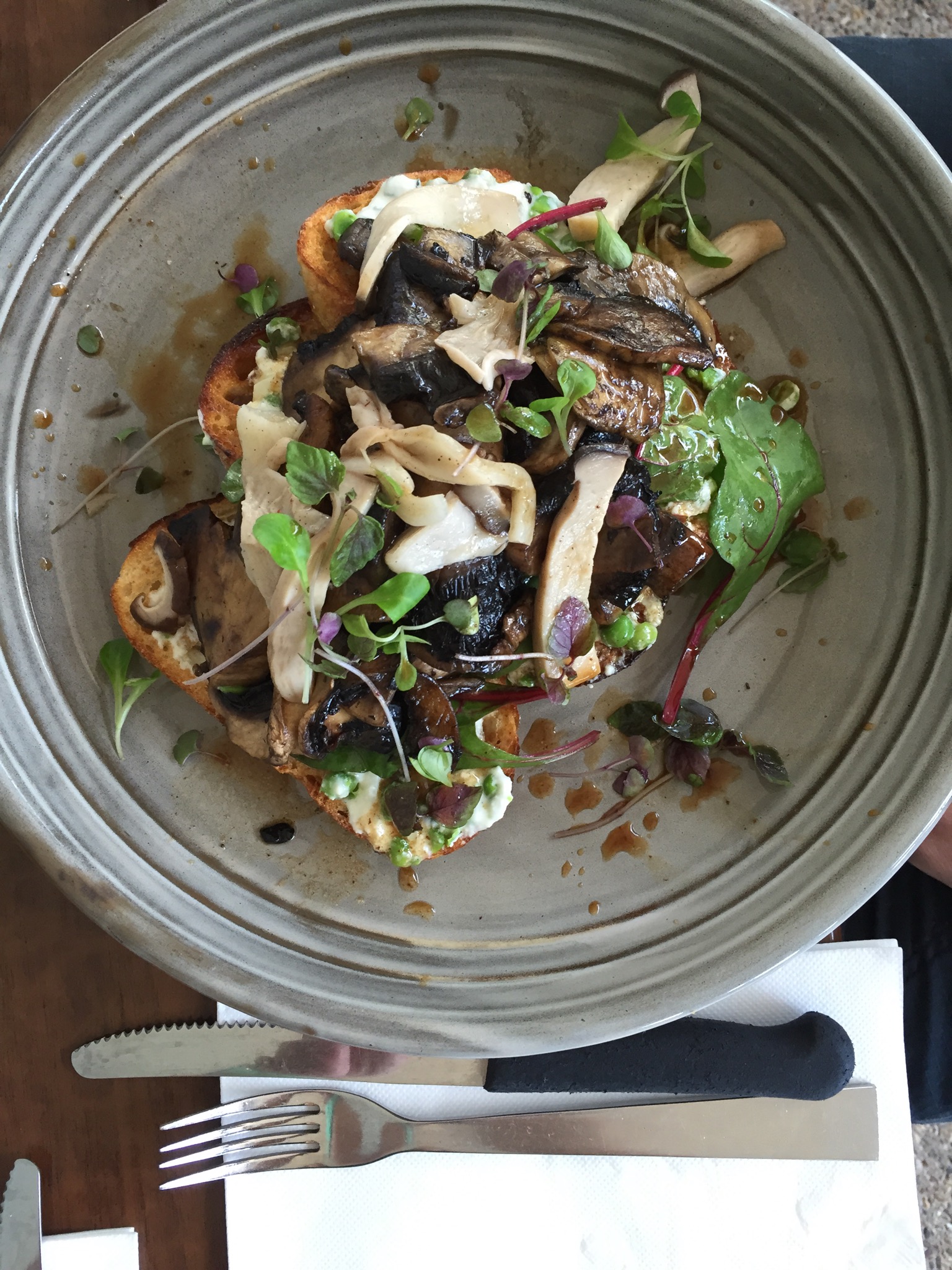 Eggs Benedict poached eggs with hollandaise sauce, baby spinach and bacon on toast ($17.90). I’m not a fan of Turkish bread in breakfast dishes, I find it too filling comparatively to a lot of the breakfast items but other than that, everything else was made well and they were generous with their serving of bacon. 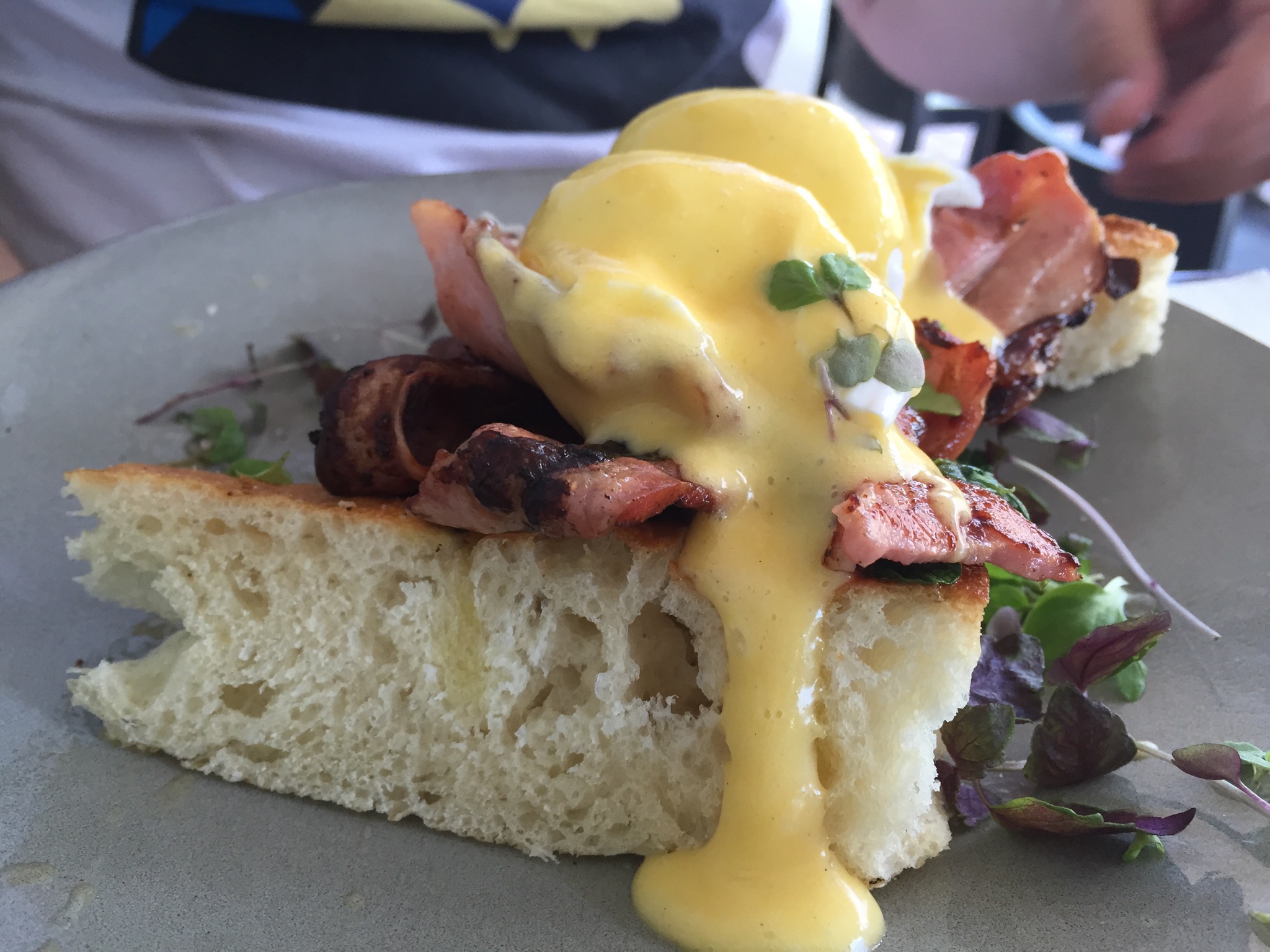 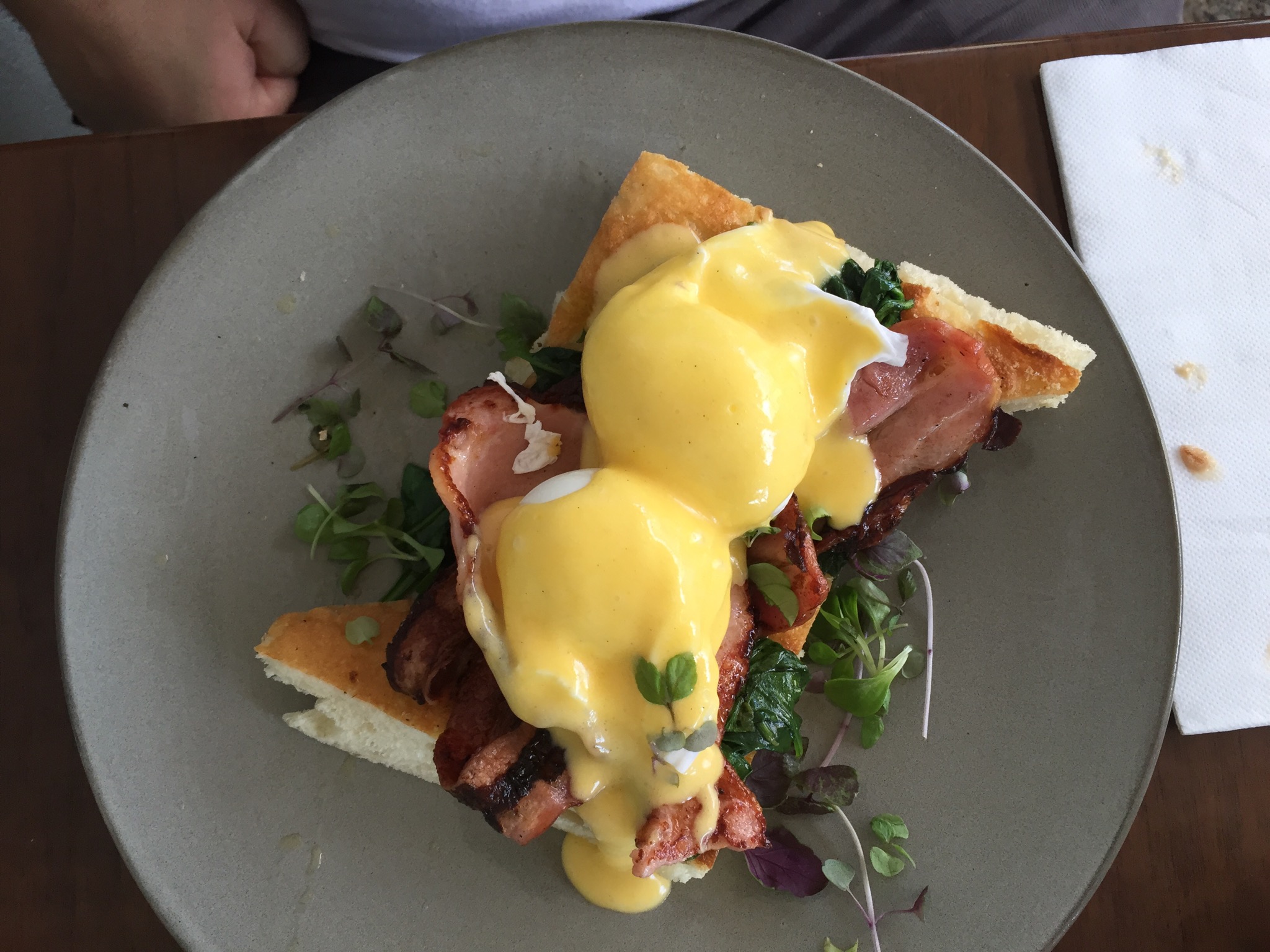 Salted caramel cronut. We couldn’t resist to order one these since the first one we got from Ricardo’s months ago was really nice. Unfortunately, this was really oily and was not like a croissant nor a doughnut, it was soggy pastry doused in oil and covered in instant diabetes. Not good.

We tried to finish it, but we couldn’t. It was easy to see from the plate why.

Nothing left on the plate but sugar and grease.

The delicious food made us quickly forget about the inefficiencies with some wait staff. It was a shame about the cronut, the first one I had from here was amazing but now their cronuts like many of their cakes are just OTT and too sugary to differentiate between different flavours and layers that they try to achieve in complex cakes. Pretty to look at but that’s it.

Breakfast and lunch menu items are good though and I don’t think there was a surcharge for the public holiday (double win!).