I convinced a close friend of mine to move our weekly lunch to a new location, not only was I hazy on the details like where it was exactly, but I had no idea where the best place to park was either.

Pho hub is a new a Vietnamese restaurant in the Belconnen area located across the mall on Benjamin Way near Remedy (by Lonsdale St Roasters). We both ended up parking in the Westfield mall and so did everyone else it seemed because it was nearly impossible to get a park Friday lunch time. 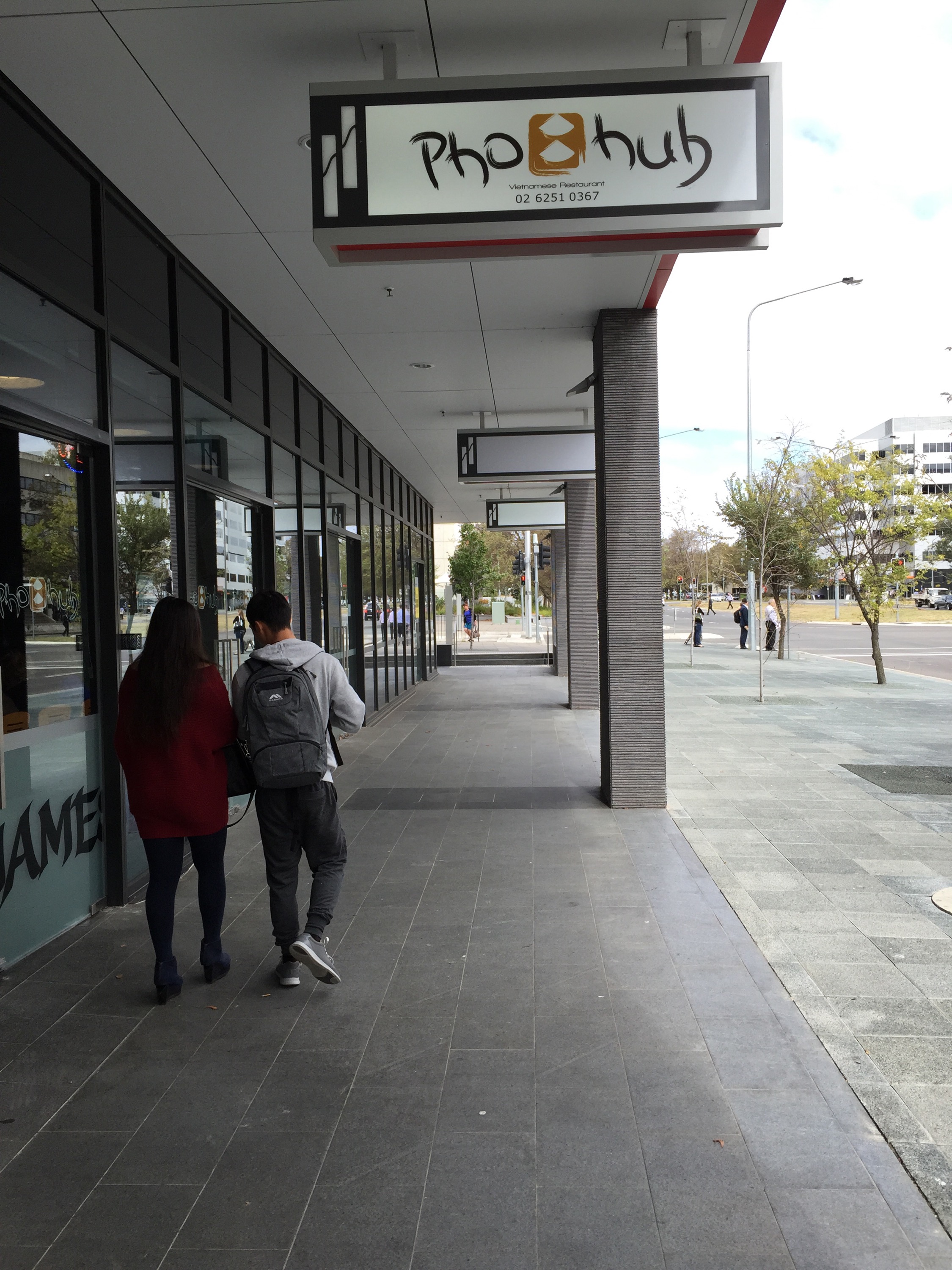 Despite being very busy, we were seated straight away and given menus. 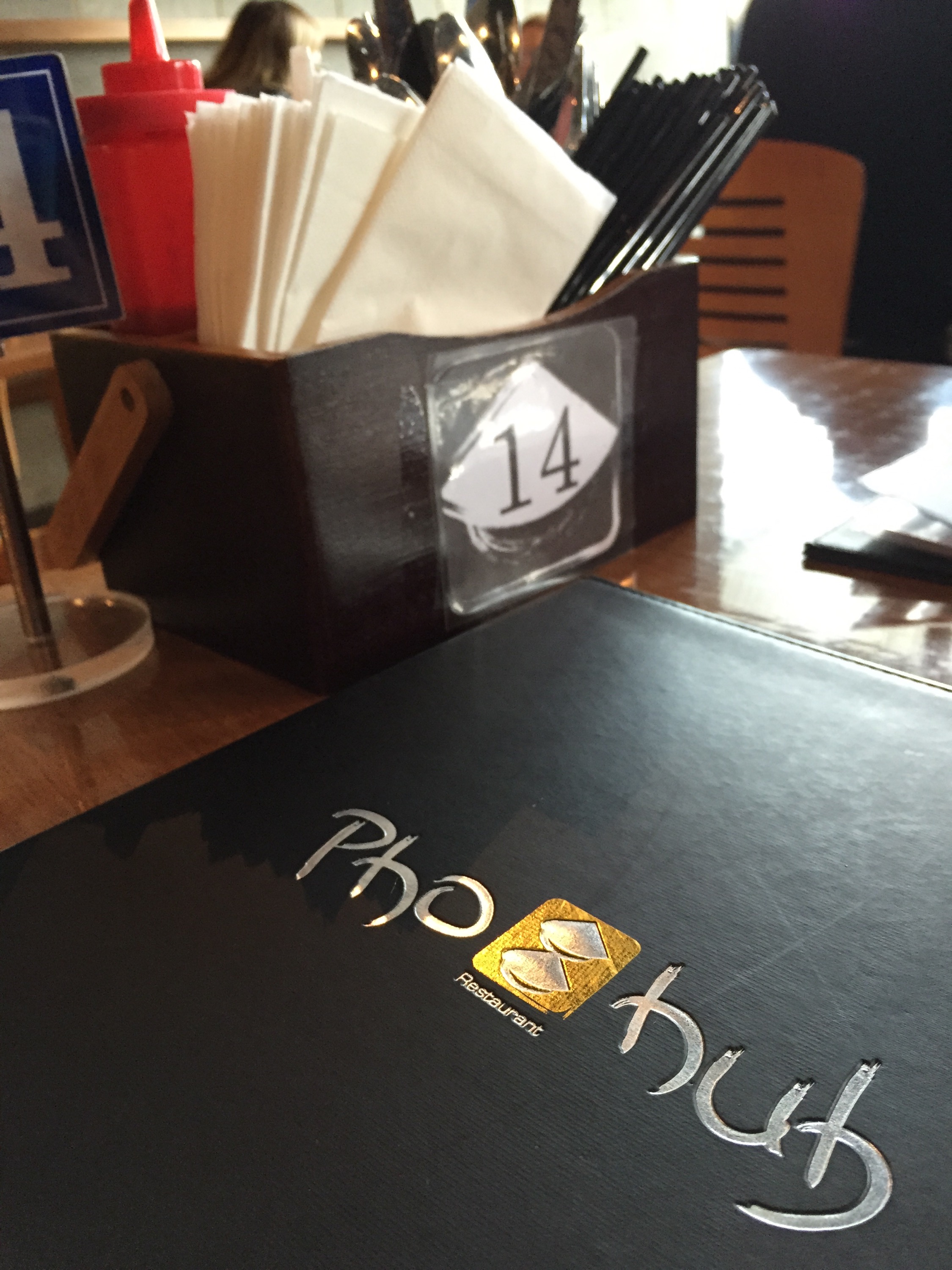 Fresh rice paper rolls with duck goi cuon vit served with hoisin sauce (x2 $7.00). My friend was keen to order the lemongrass chicken in a fresh paper roll but they had accidentally given us the duck version but we were too hungry to care. We both found it very underwhelming as it was packed with noodles and lettuce but only had tiny torn scraps of mint, I expected much more herbs than that. I don’t think these were worth ordering. 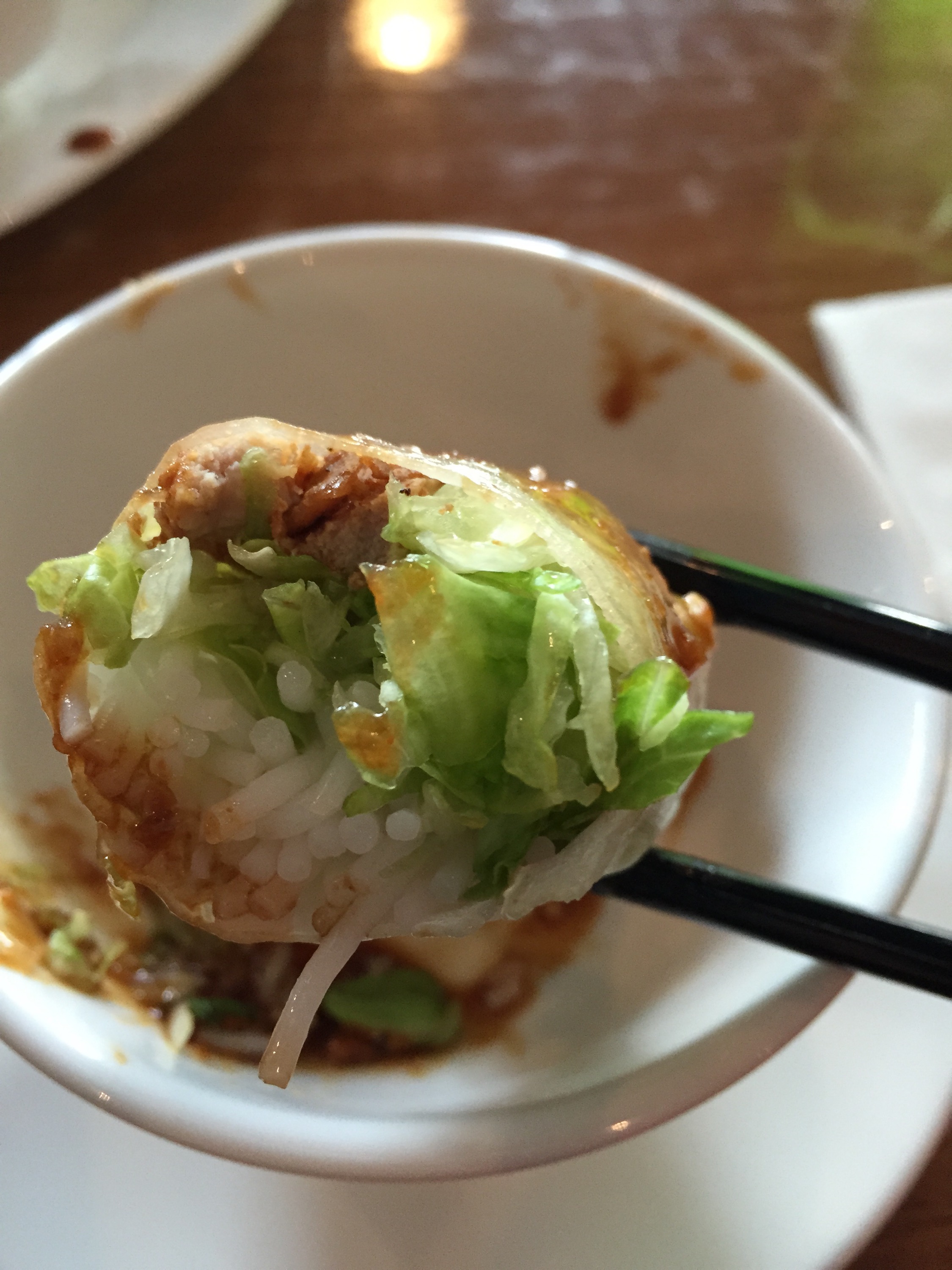 Garlic chicken wings canh ga chien toi (x4 $6.00). I really really like chicken wings and so I ordered the these; they sounded really delicious in theory but what we ended up getting was really just pan-fried chicken wings which might have had a sprinkle of garlic powder (?). The accompanying soy sauce was pretty sweet and despite all the little chunks of garlic in the sauce, it didn’t taste very garlicky but it did make the chicken wing taste better than without it. I still prefer the pan friend chicken wings at Tu do.

Beef rice noodle soup (pho tai) sliced rare beef with rice noodle soup ($12.50 regular). One of us had to order the pho when the restaurant is called Pho hub! My friend ended up ordering this when I saw pork chops on the menu, I only tasted a spoonful of my friends pho and found the broth was very peppery and oily; not the best broth I’ve had at a restaurant (once you’ve tasted homemade you really cant’ go back) but the serve was a decent size. 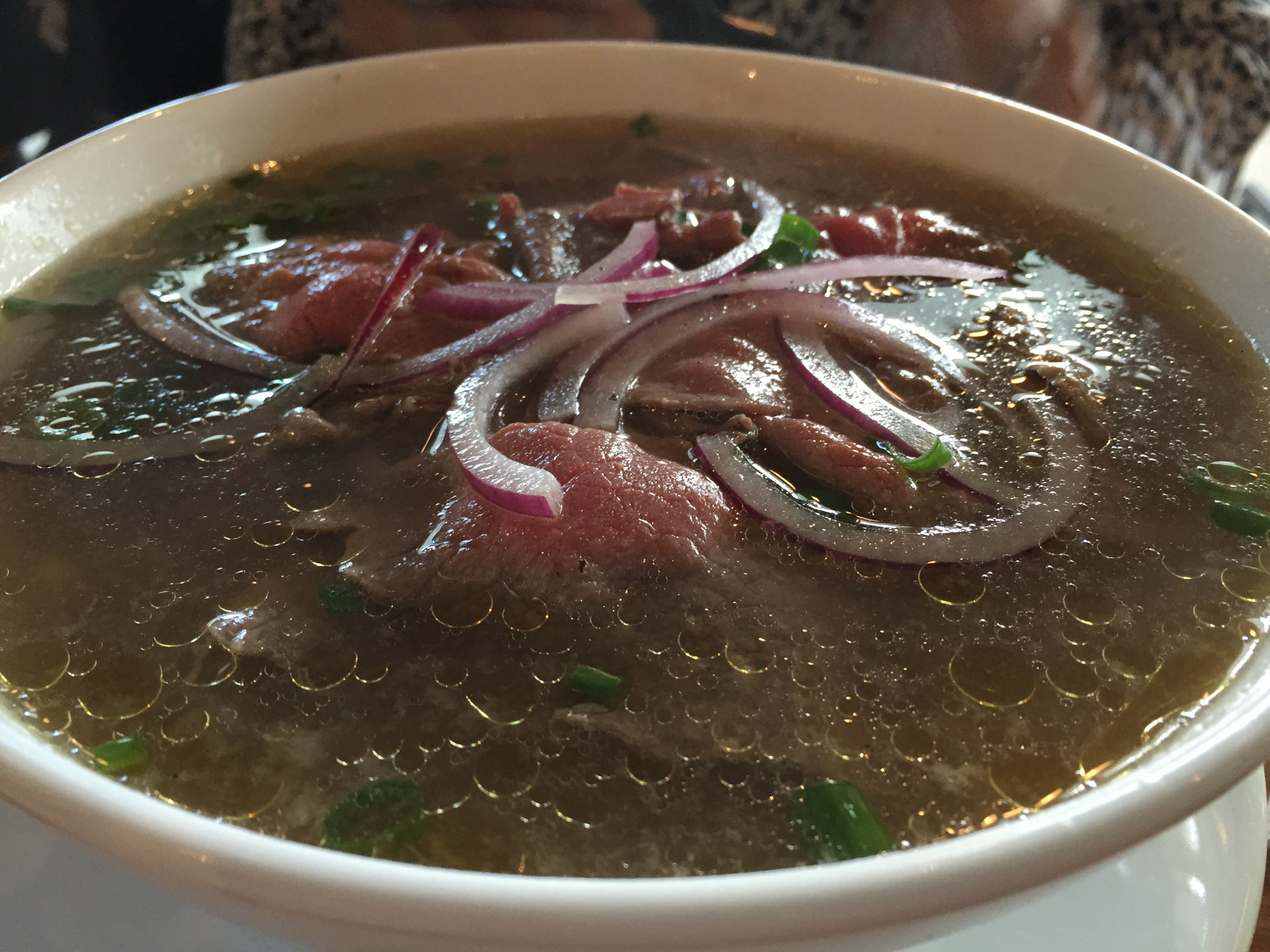 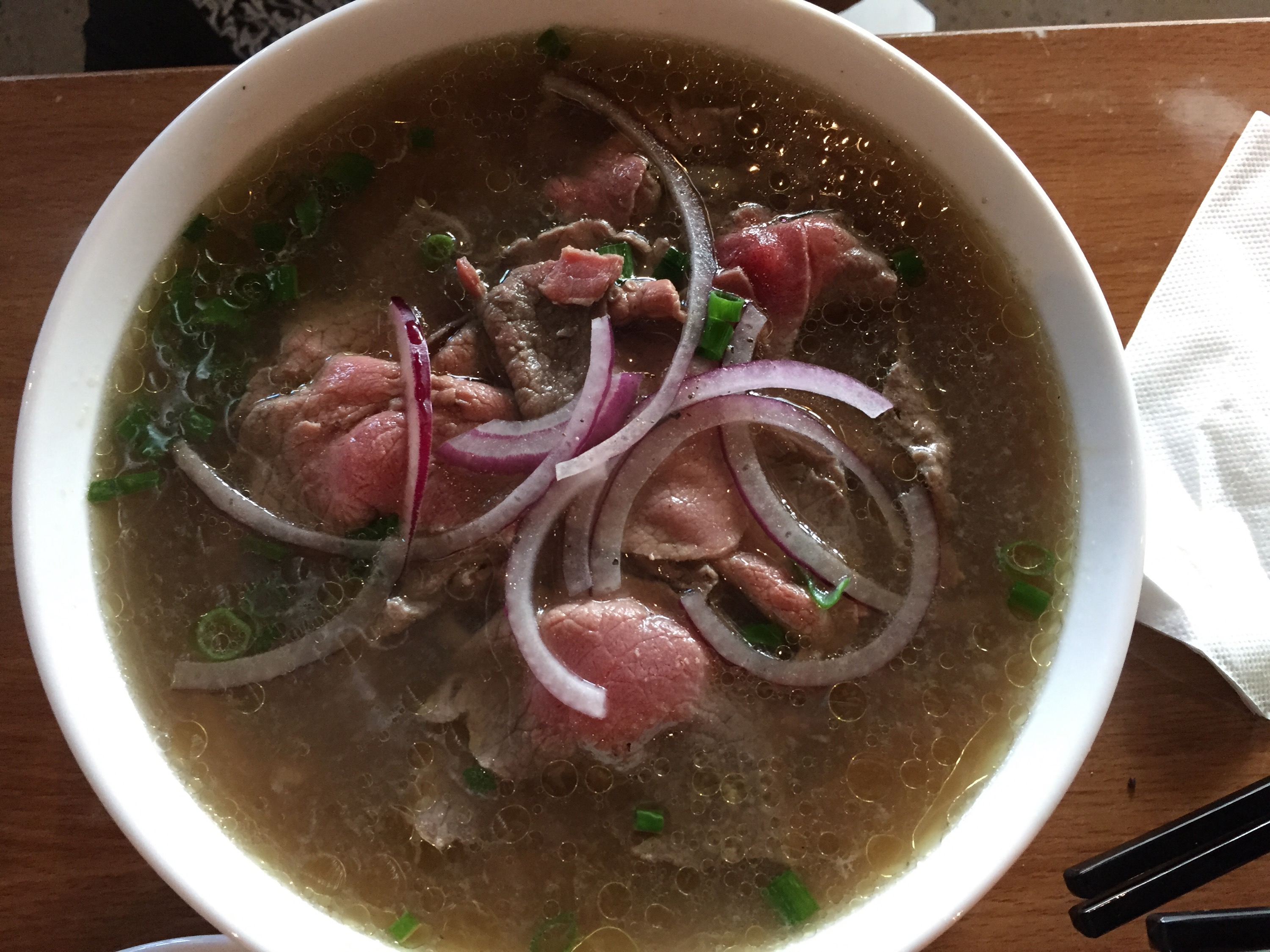 Grilled pork chop with tomato rice (approx $12.50). I had high hopes for their pork chops being a Vietnamese restaurant. The pork chop itself, even in the thicker cut areas was very tender and moist although but not much flavour. The rice was okay, it was had a subtle tomato flavour that I doused in the fish sauce but I didn’t eat the cucumbers and tomatoes as they appeared to be cut a while ago and had a dry dehydrated look to them. I was a bit puzzled by the pickled vegetables but they were addictive despite being chilli hot.

My favourite pork chop it still from Can Tho (Michelle you must go!). 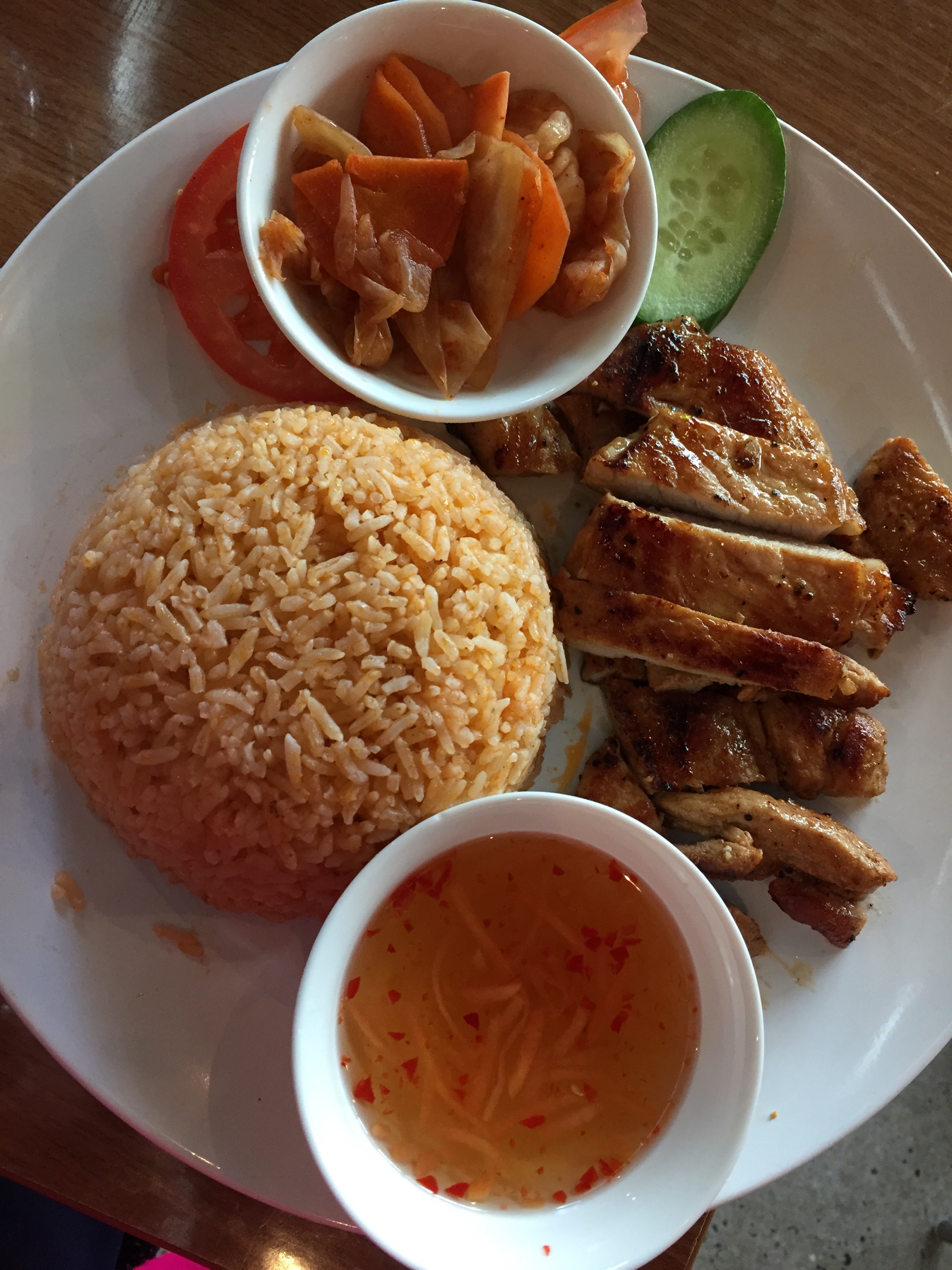 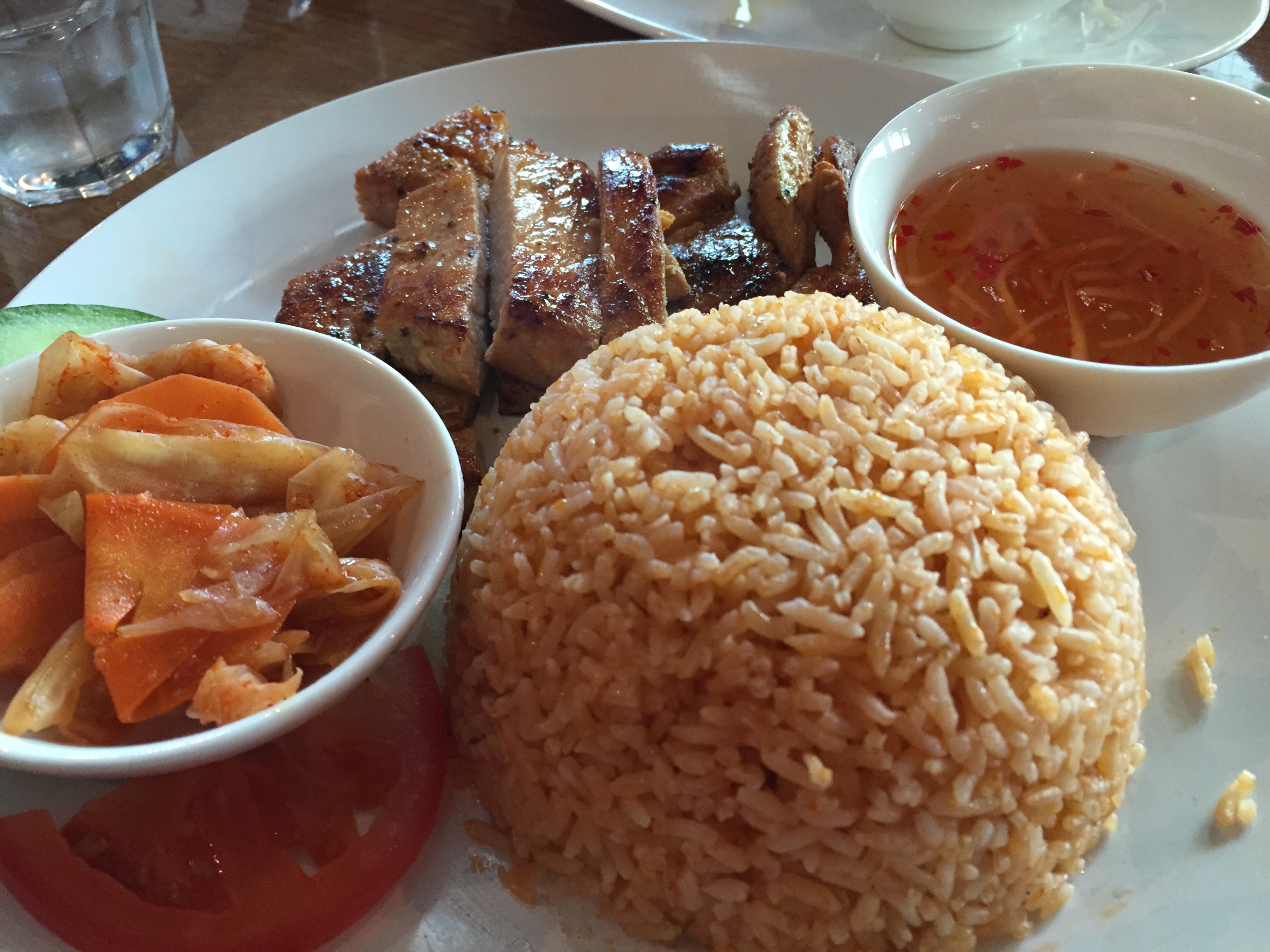 It was exciting to eat somewhere new and different and while the busy patronage gave us high hopes, we won’t be rushing back to Pho hub again. We are still in search of a decent authentic Vietnamese restaurant in Canberra.