On a day like this means only one thing! Apple pie for breakfast! Oh we also had some tea. #cbr #thiscanberranlife #localscan #tea #adoretea #food #foodie #canberraeats #canberrafood 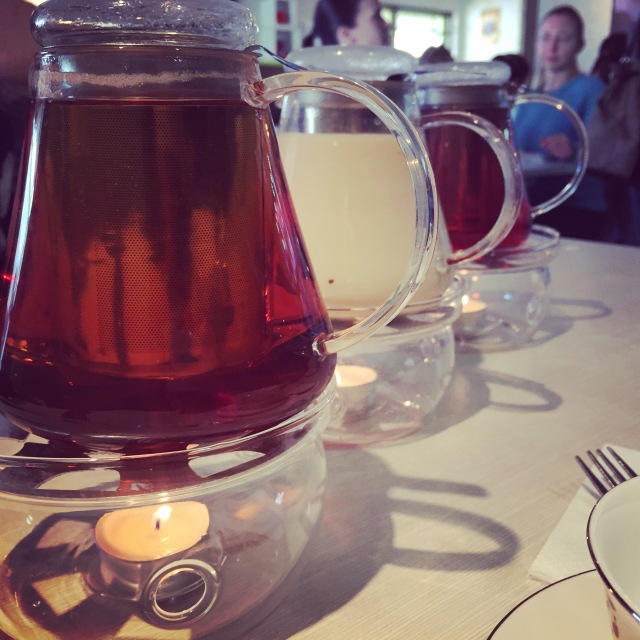 I remember it like it was yesterday. Saturday 13th June 2015, my friends from Wollongong bought me afternoon tea from their local markets, they raved about some sort of scroll and how they couldn’t get their first preference of flavour but they had hoped cinnamon was just as nice. I took one bite and I was hooked.

The cross section of a mini cinnamon scroll. 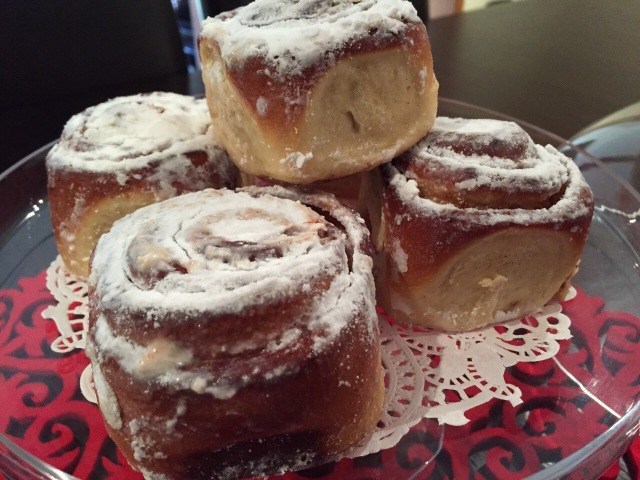 I started stalking Mr.Scroll online that night, they had all sorts of different flavours but I just wanted one. Most people would have been excited about their impending one month holiday in Europe but I was just obsessed with this scroll. My friend then messages me the day after on the Sunday afternoon (i.e. after the markets have closed) that she had seen signs for Mr. Scroll at the Old Bus Depot Markets in Kingston. Nooooo… Why didn’t she tell me sooner? Now I can’t get one more hit before I left the country.
Fast forward a month and cut to the scene of me dragging TimmyC outside of our warm house to drive to the other side of town in the cold and wet so I could get some scrolls.
Mr. Scoll has a stall at the OBDM, you can spot him by the hoards of people that are crowding around. They aren’t cheap but try and talk some common sense to a girl who just drove across town for one thing.
We bought three flavours: salted caramel, cookies and cream (my friend’s top choice) and of course cinnamon, spending $32 in total. I found salted caramel and c’n’c OTT and too sweet, but cinnamon hit the spot.
I gave one to a chocolate obsessed friend and he was even impressed how much he liked it for a non chocolate item.
Big non cinnamon scrolls were $5.50 – $6 each while big cinnamon scrolls were $5 or 3 for $14.00. Mini cinnamon scrolls sell for $4 each or 6 for $20. We were told there were mini scrolls for each of the other flavours but I was unsure of their prices. Non cinnamon flavours include white choc mocha, chocolate cashew, Turkish cherry delight and Nutella and banana just to name a few.
So what will you be up to this Sunday?
ps. For southsiders we can also get Mr. Scroll from Wheat and Oats in Philip.