It seems like chocolate cafes are popping up faster than frozen yoghurt stalls (remember them? Where did they all go?) and the latest ones to open their franchising doors in Canberra are Oliver Brown now in three locations: Civic, Dickson and Manuka.

This is more a post so I remember the opening hours and not winging it like I did the other night when we drove here and weren’t sure if they’d still be open. Being a cold night most people opted for hot chocolates (starting from $5.50) which were apparently very tasty but I was swayed by their gelato thick shake ($8.00); I’m always on the look out for something resembling the thickness of the squishee from The Simpsons. I chose salted caramel as my gelato flavour and although it was thick, it didn’t have much of a salt flavour to enhance the caramel. I think they don’t store their gelato well and it is left with a sticky skin on the outside, when you see it you’ll know what I’m talking about. I think I’ll just stick with the hot chocolates. 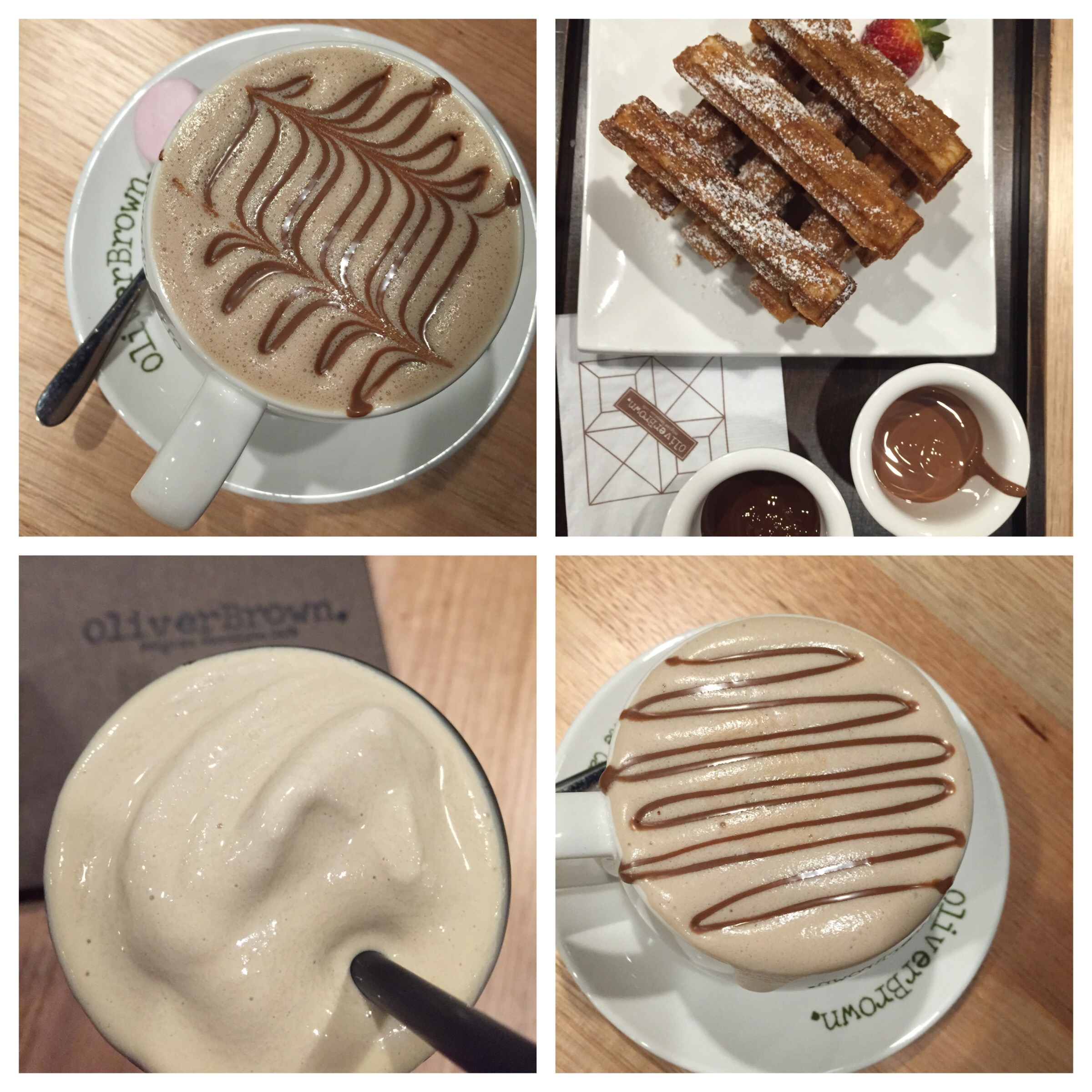 Baked churros for two freshly baked upon order, sprinkled with cinnamon and icing sugar served with premium Belgium chocolate ($12.50). These take a little longer than the beverages but worth the wait because they are hot and slightly crispy. I wish whoever was serving us that night didn’t have such a heavy hand with the cinnamon though. 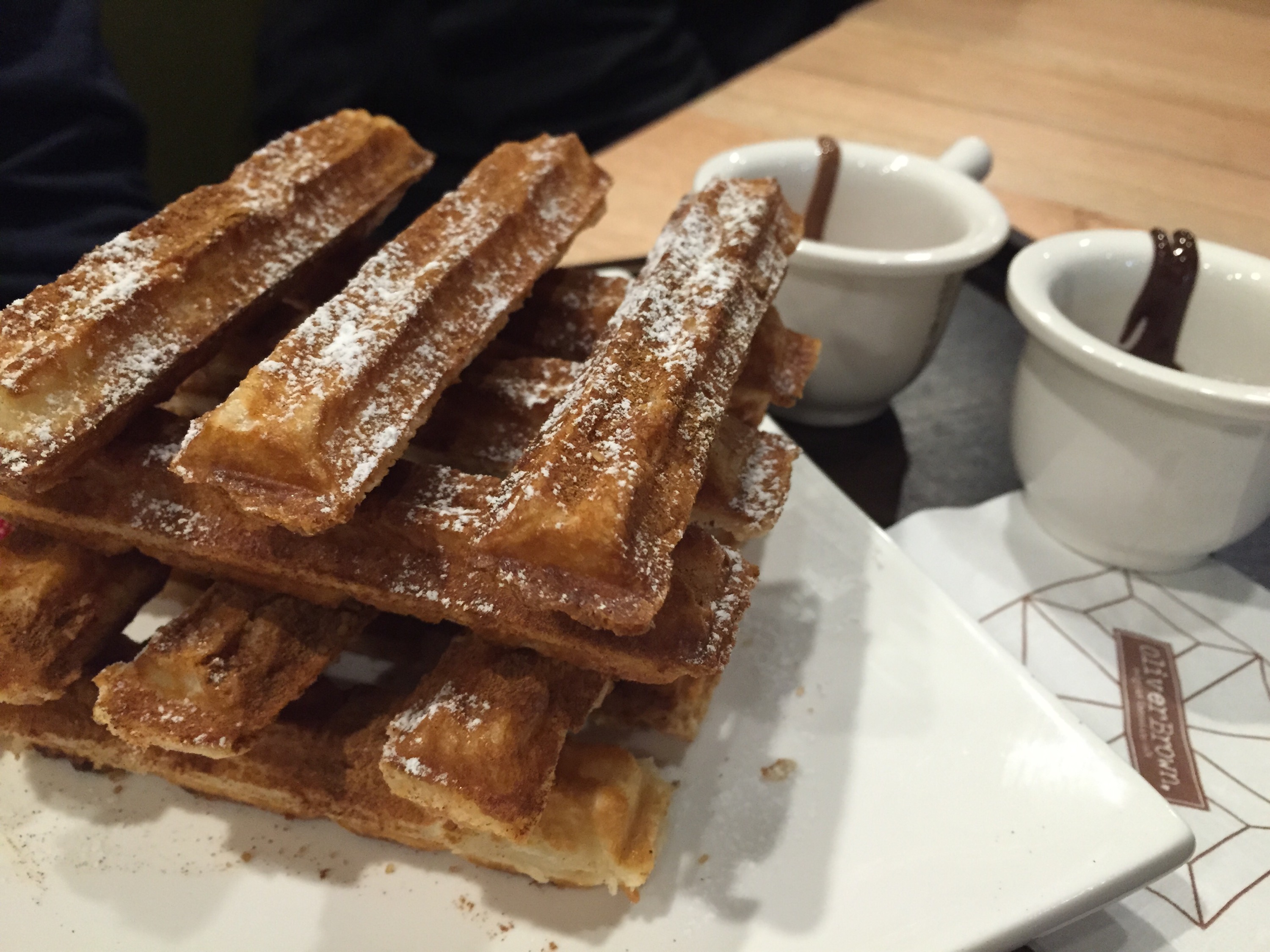 There is a lot of seating inside and out, you have to order and pay at the counter but the staff are super friendly and will bring your order to your table. 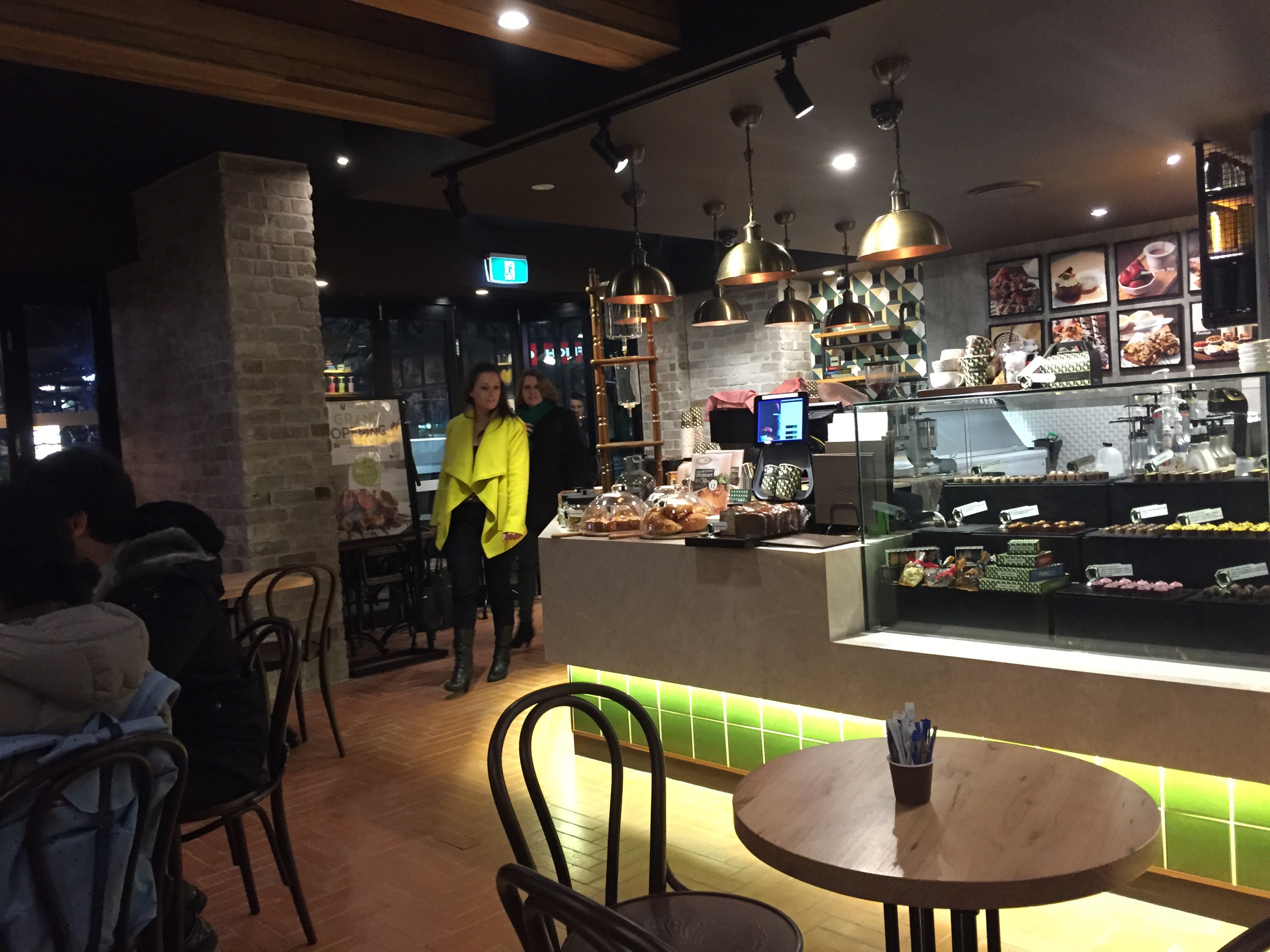 Just remember they are opened 7 days and close at 11pm!