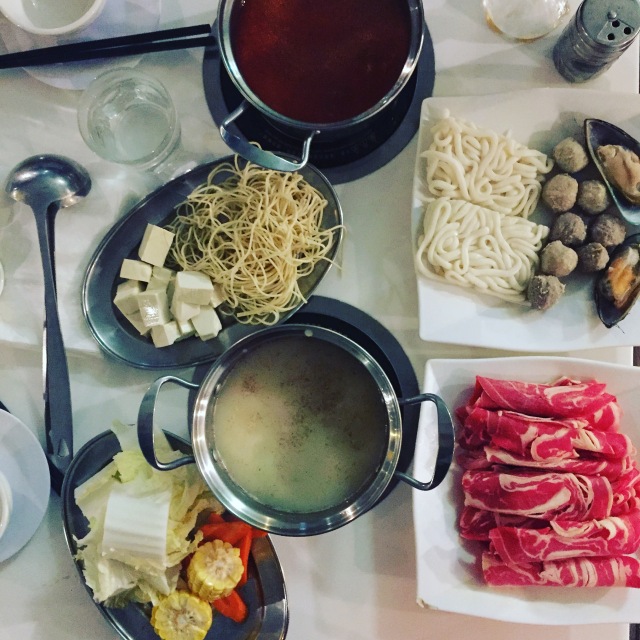 We were driving home from Sydney when I realise there was nothing but carrots, eggs and butter in my fridge, so I made plans to meet my friends in Braddon to try out the new dumpling restaurant Yat Bun Tong for dinner.

On a Sunday night without a booking at 7pm, we were very lucky to get a table for four without a reservation. The menus are huge  (and heavy) because of the diverse range of dishes and the accompanying photos. I had to be careful not to over order and there were a few dietary restrictions within the group.

I expected them to come out in a particular order but instead they came as they were ready and the gap between waiting times wasn’t that long. It was a struggle to fit everything on the table though as the plates are rather big.

Garlic chicken fried rice ($12.80). I wanted a more garlic flavour but it was nice enough as an accompaniment to the other dishes.

Fried beef onion dumplings (15 for $12.80). These weren’t fabulous but still rather tasty and I preferred these over the steamed ones. 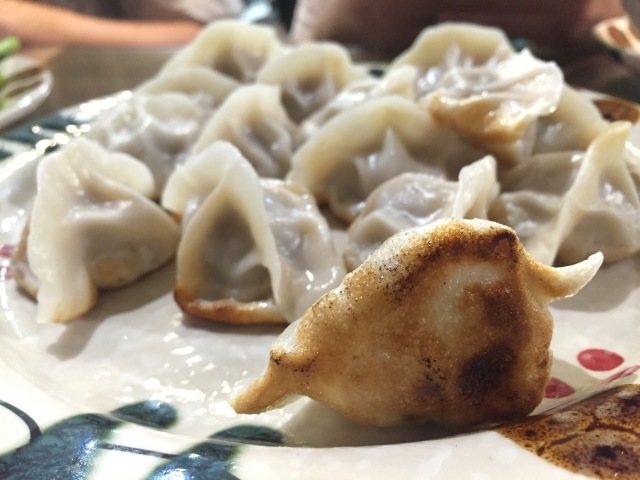 Pan fried chive cakes (2 for $8.80). Not very flavoursome and definitely not worth ordering again.

Shanghai steamed bun (10 for $13.80). There is a little soup inside each dumpling which stayed inside as the dumpling wrapper wasn’t too delicate. I didn’t love the taste of the dumpling though. 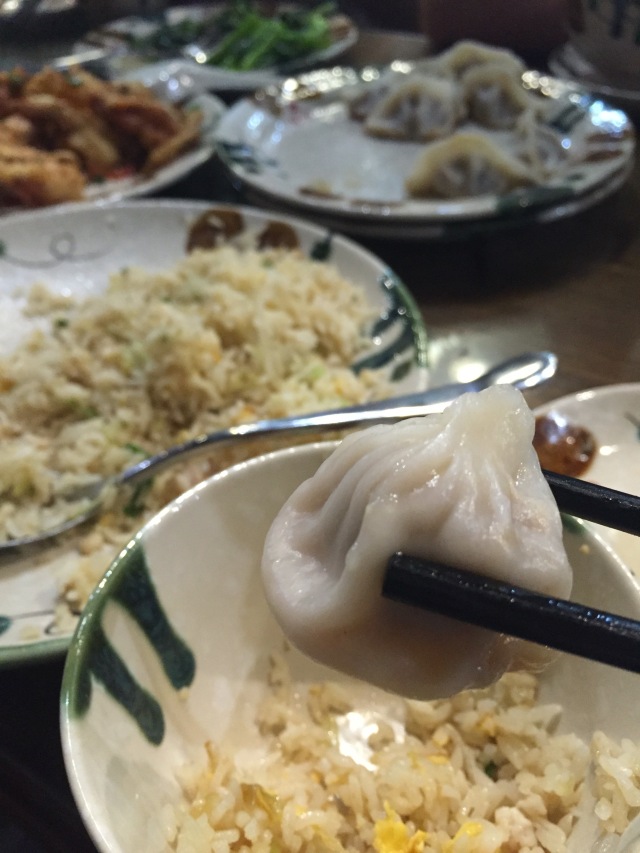 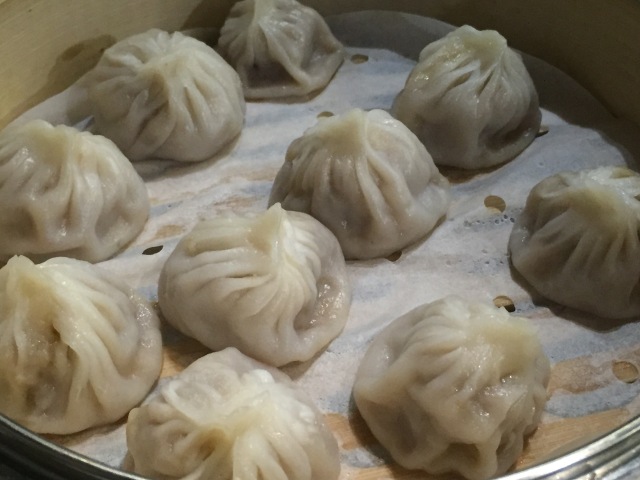 Deep fried soft shell crab with spicy peppery salt ($19.80). I was surprised to see that this was a rather large serve. The batter was a tad too thick but there was plenty of delicious fried garlic, chilli and shallots. 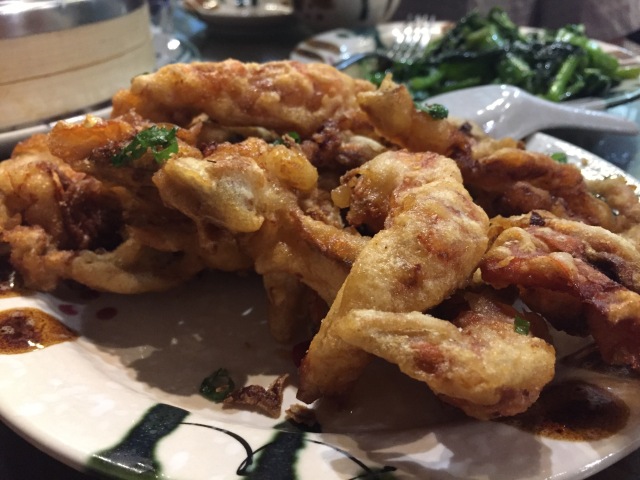 Chinese broccoli with garlic ($14.80). A simple tasty dish to break up the oily and heaviness from the other dishes. 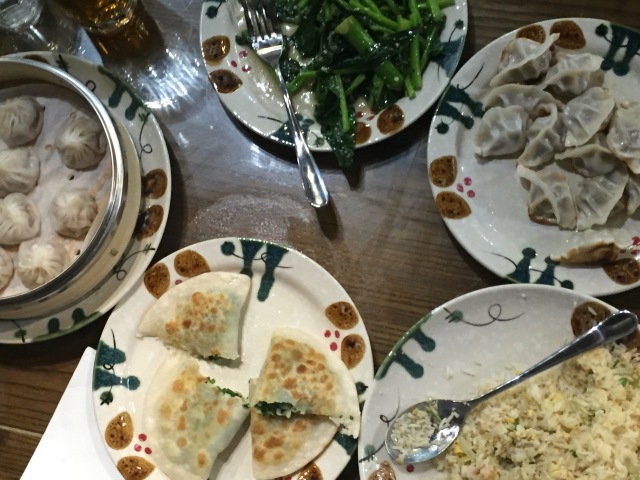 Someone told me that Yat Bun Tong have the same owners as Chinese Kitchen Dumpling House in Woden. It’s no Din Tai Fung but it is better than other dumpling places I have tried around town. I would like to come back and try the other dumplings like the Shanghai pan fried pork bun and also try their noodles which I hear is quite nice.