After being met with disappointment with an unopened Pepper Lunch (they were supposed to be opened on the 15th April), my brain quickly scanned for a plan B. Hmmm what did I want to eat in Civic? ‘I had not had a baco before’ I thought to myself, so off we went to Wood and Coal.

I was surprised to see that during Sunday lunch the North Quarter of Canberra Centre area seemed a bit of a ghost town and I was even more surprised to see that we were the only patrons in Wood and Coal during our meal. I was hoping that meant we would get our meal faster because I was getting hungry fast!

Yoghurt flat bread BACO~ The B-A-C-O sandwich originated from a restaurant called Baco Mercat in Los Angeles. The Baco is a combination of bao + taco, essentially making it like a soft bread taco.

Slow cooked pork shoulder BACO sriracha mayo, parmesan cheese, quoinoa salad, chicharon ($13.00). I really liked everything in the filling but the bottom of my baco became soggy fast and it quickly turned into a knife and fork meal. I think this would have been nicer served in a bowl with the bread served on the side, albeit it wouldn’t be a baco but it sure would be easier to eat. Definitely not a first date food.

Crispy fish BACO caper mayo, coleslaw, fried egg, scallion ($13.00). It wasn’t until I wrote this blog post did we realise that there was no fried egg in the baco. There was too much coleslaw which was over powering to the other ingredients and made the bottom of the baco very soggy. 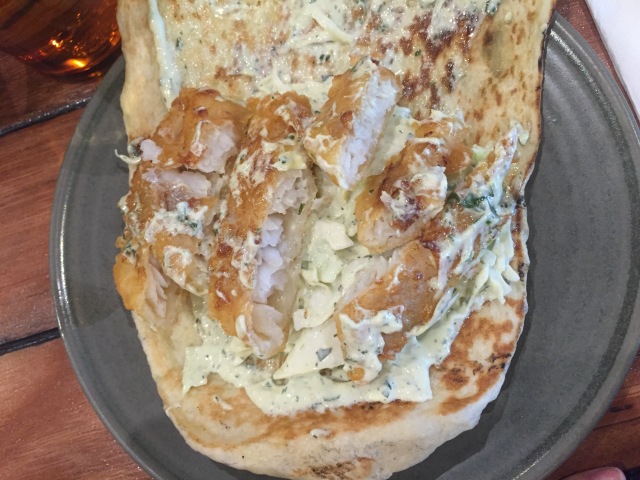 Golden brown spit chicken thigh BACO smoky aioli, parmesan cheese, green slaw ($12.00). I got food envy smelling my friend’s baco, the chicken looked really succulent. My friend really enjoyed his baco and finished it all (with a knife and fork of course). 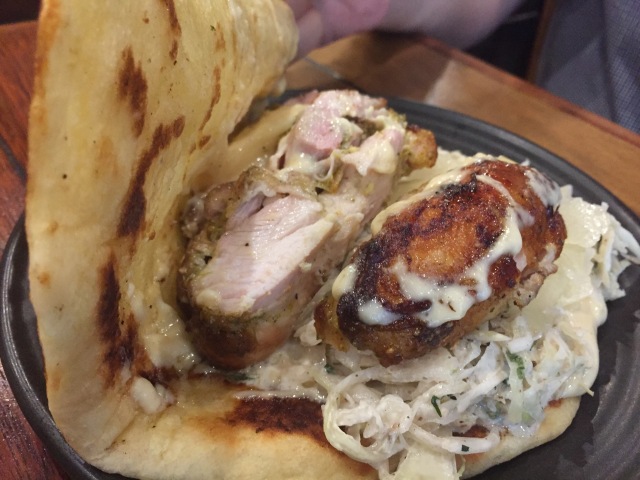 Spit roasted honey chicken wings house-made pickles, yoghurt flat bread ($16.00). We probably didn’t need more bread on the table but I really wanted to try their chicken wings. I am so glad that I ordered these because the chicken wings were meaty, juicy and I can’t believe their gave us 8 in a serve! The pickles were also really good and I would easily order this again.

It was served with a whole jar of pickled vegetables! They pickles were tangy and gave a nice balance to all the meat and heavy bread. 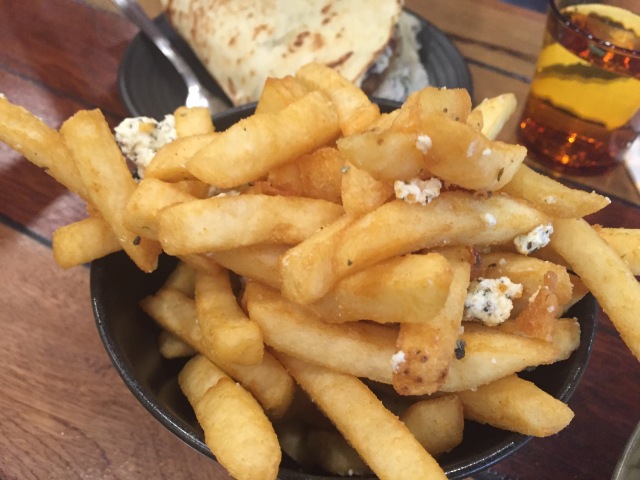 I can’t say that they do dessert well but I would definitely come back to Wood and Coal for their lunch specials. We found the service to be friendly and attentive but that might have been because we were the only people in the restaurant.

Sundays have a 10% surcharge.