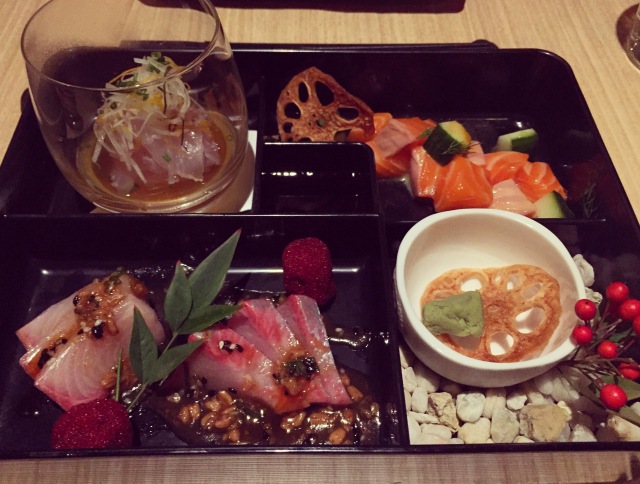 It has been a few years since I had last been to The Polish White Eagle Club in Turner. Back then, the restaurant was called Kopernik and it was run by an older European couple. Fast forward a few years and the restaurant inside The Polish club is now Polo, the menu is more extensive and the dining room is much busier. 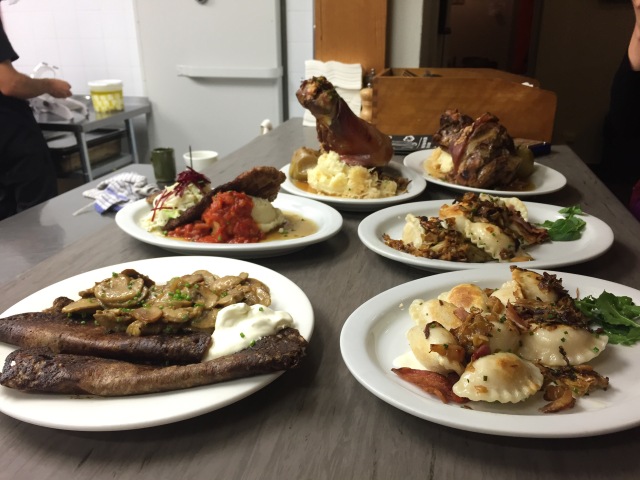 Crunchy kale new season kale crisps with slivered beetroot, crumbled goat cheese and plum dressing ($13.00). Technically it was described as ‘crispy kale’and crispy it was but it was cooked beyond being edible. As soon as I saw this, I knew the kale was over done and would be terrible and I suggested that my friend take it back but he just ate some of the goats cheese and avoided the kale leaves. 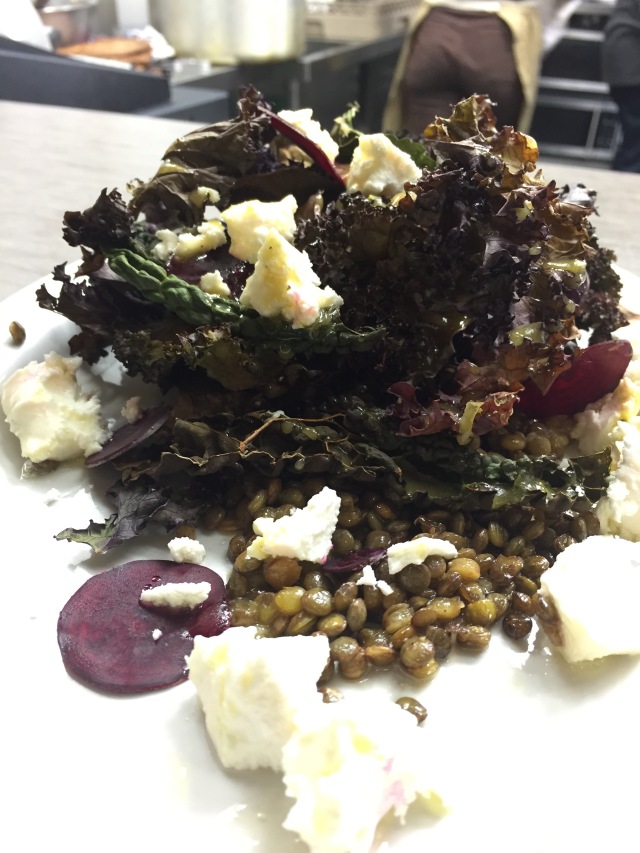 Blintz and mushrooms mushroom ragout with re-fried potato blintz and sour cream ($13.00). I found the blintz a bit bland by itself and it definitely needed the sour cream and the delicious mushrooms. It was nice to share this with others but I wouldn’t order just this for my main. 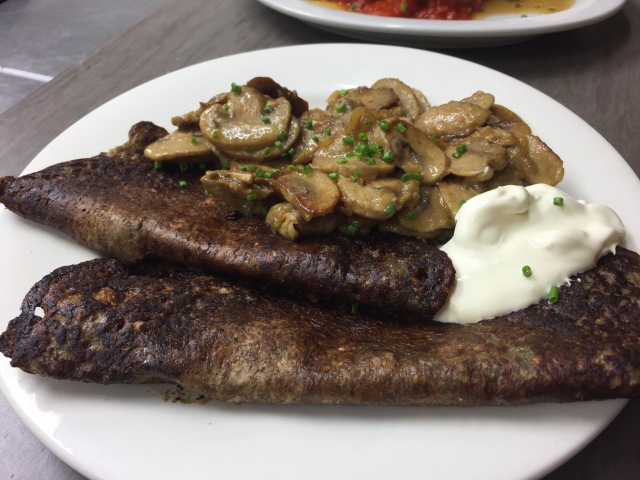 Veal schnitzel Polish style pan-fried, crumbed in sourdough rye, served with mashed potato and beetroot salad ($17.00). I didn’t mind the schnitzel but in comparison to other dishes, I probably wouldn’t order this again. 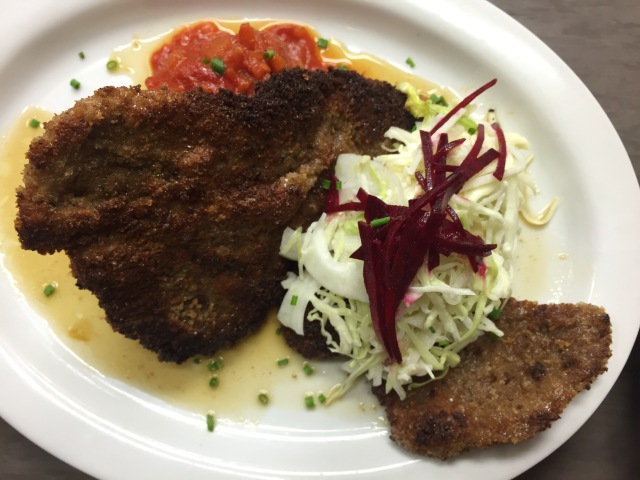 Pork knuckle mash, baked apple, caramelised cabbage and salad ($24.00). Don’t be put off by its size, it is mainly bone; most people should be able to finish it easily. I liked the tender meat and the baked apple was a nice pairing. It is definitely a hearty meal during the colder months. 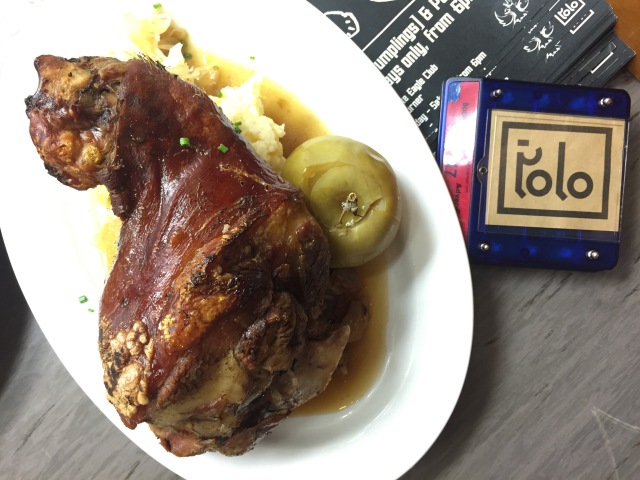 Ricotta fritters cinnamon tossed ricotta dumplings with chocolate soil and mulberry sauce. yum ($10.00). We all decided that we had enough room to squeeze in one dumpling each (conveniently there were 5 doughnuts and there were 5 of us). I was really surprised how light and fluffy they were and probably could have had the whole plate to myself. It wasn’t until after we finished eating the dumplings did we notice that there wasn’t any chocolate soil but it didn’t need it. These were definitely worth ordering! 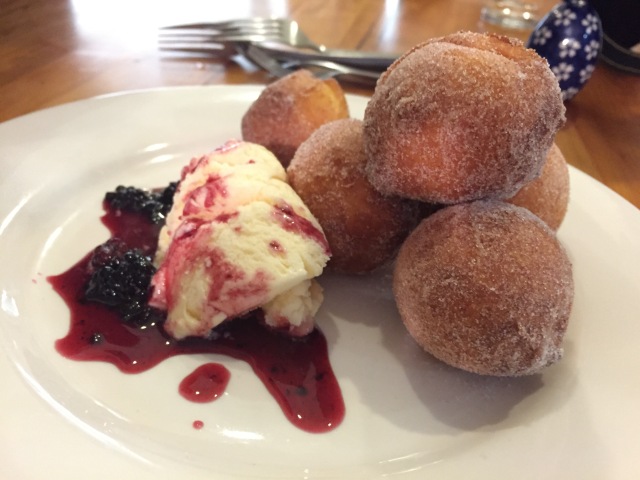 Served hot and fresh, I think you could convince anyone to stay for dessert with you. 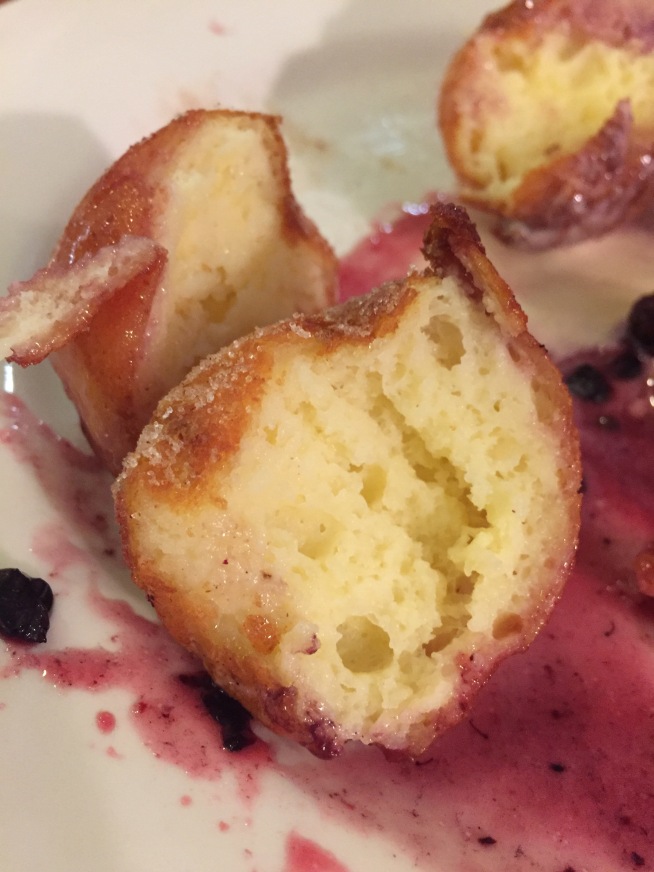 The next time I come back, I would order the pierogi, pork knuckle and ricotta fritters.

Don’t forget that Polo does Pierogi and Polish pint deal on Wednesdays. 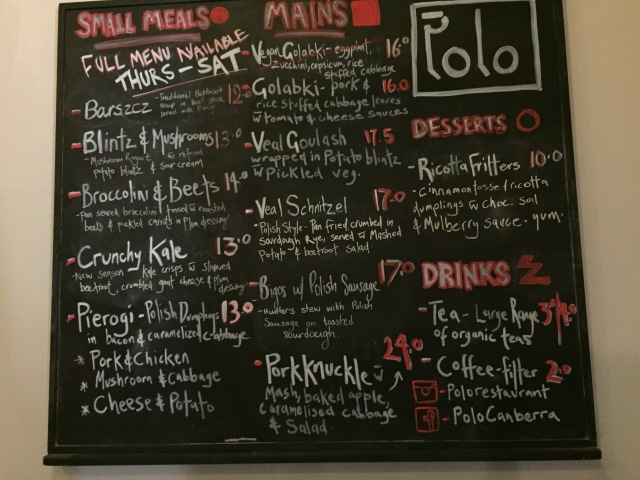 Opening times (from the website): The Polish White Eagle Club (Polo Restaurant and Polish Club bar) is now open Wednesday –  Saturday evenings from 18.00. We’re also open every second Saturday for lunch from 11.00 on Continental Deli days or by appointment.