So it appears after going to the markets with no meal plan in mind, all I’ve bought is a million apples, delicious scotch fillet and popping corn on the cob… Not exactly ingredients for a meal- ADULT FAIL.

Later that day after a long yum cha catch up, I decided not to sit down and bum about and instead cooked truffled risotto with brie, two cheat apple tarte tatins (for the first time) and prepared the fillings to make kroketten (also for the first time) in just over two hours- CULINARY WIN!

Back to reality- I realised I still don’t have any lunch for tomorrow so I had to quickly cook rice to accompany some left over beef rib that I have in the fridge.

A close of the ‘cheat’ apple tarte tatin, the caramel dripping off the crunchy pastry was the best part. 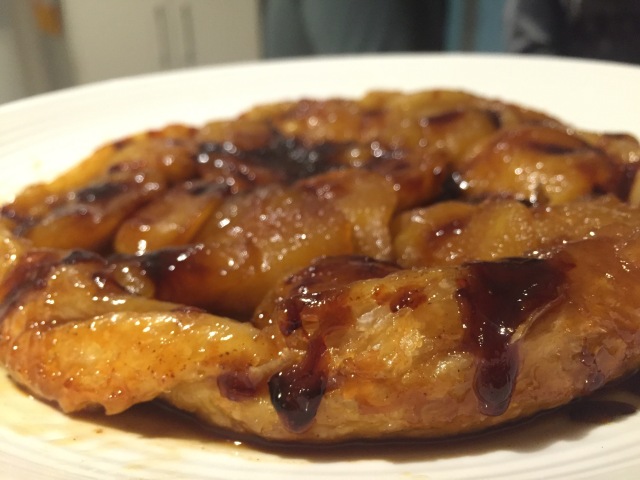