If you some how haven’t heard, Uncle Tetsu opened up their first Australian flagship store in Sydney earlier this year and the lines are notoriously long, you’re only allowed to buy one cake per person (yes you read that right) and they only have four items on the menu. 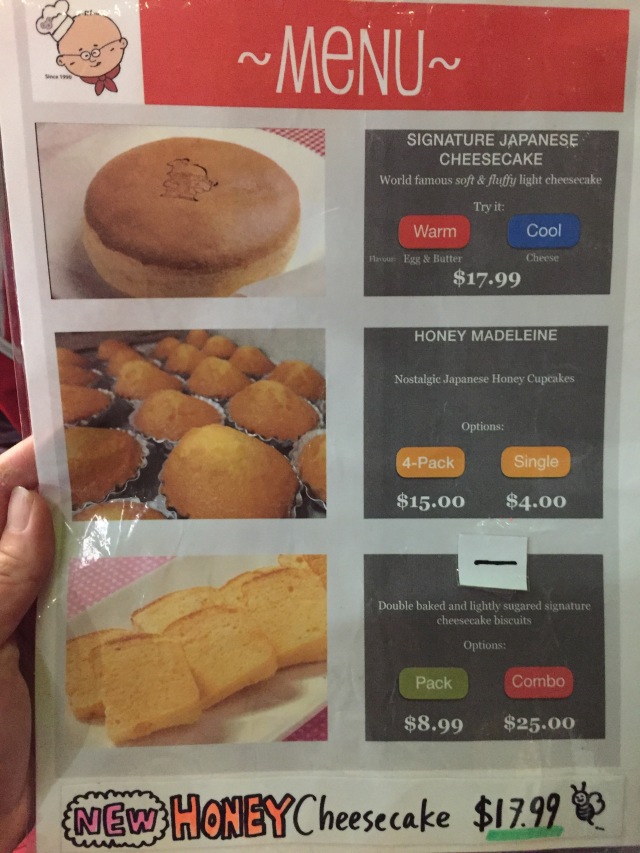 I was lucky enough to go during an obscure time while waiting for a restaurant reservation (around 7:20pm on a Sunday night) and basically walked right in but not long after a queue started forming out of no where!

As I was outside taking  photos of my goodies, all these people started queuing.

Signature Japanese cheesecake world famous soft and fluffy light cheesecake ($17.99). We took it home to enjoy and we had it both ‘cool’ and ‘warm’ (microwave a slice for 10 seconds) but we both preferred it warm because it seem to have more flavour. I really enjoyed the light fluffy texture that is unique to Japanese cheesecakes but I wish it a stronger flavour.

You can easily finish a whole cheesecake by yourself because Japanese cheesecakes are light and fluffy. Here is an obligatory cross sectional photo. 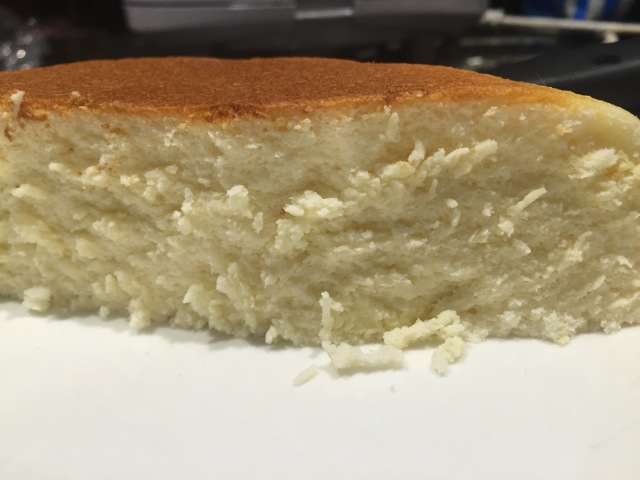 Honey Madeleine nostalgic Japanese honey cupcakes (4 pack $15.00). These we dense cakes that had a subtle honey aftertaste. Nothing particularly special and I wouldn’t get them again.

My verdict? I wouldn’t line up for this but if someone brought some to share, I wouldn’t say no. If you have never had a Japanese cheesecake, you must go out and get one now!